Throughout this week, our Charts of the Day have been drawing on data from our Mobile Pilot – conducted among 85,000 internet users aged 16-64 – to look at some of the characteristics of Mobile-Only Users.So far, we’ve seen that these users – who do not own or use any connected devices other than their smartphone/feature phone – are more likely to be young, to come from emerging markets, to live in rural areas and to be from lower socio-economic groups.

Such a profile helps to explain why mobiles have become their only access point, but across the 34 different countries where we conducted our pilot research there are also some important differences to note.

As with any other audience, this data underlines how the demographics, characteristics and attitudes of a seemingly homogenous target group can vary between markets – making it essential to profile them at a granular level. We look forward to giving our clients the chance to do this for Mobile-Only Users from Q1 2017 onwards, when mobile surveying launches in our existing 36 markets, as well as in Ghana, Morocco, Nigeria and Kenya. 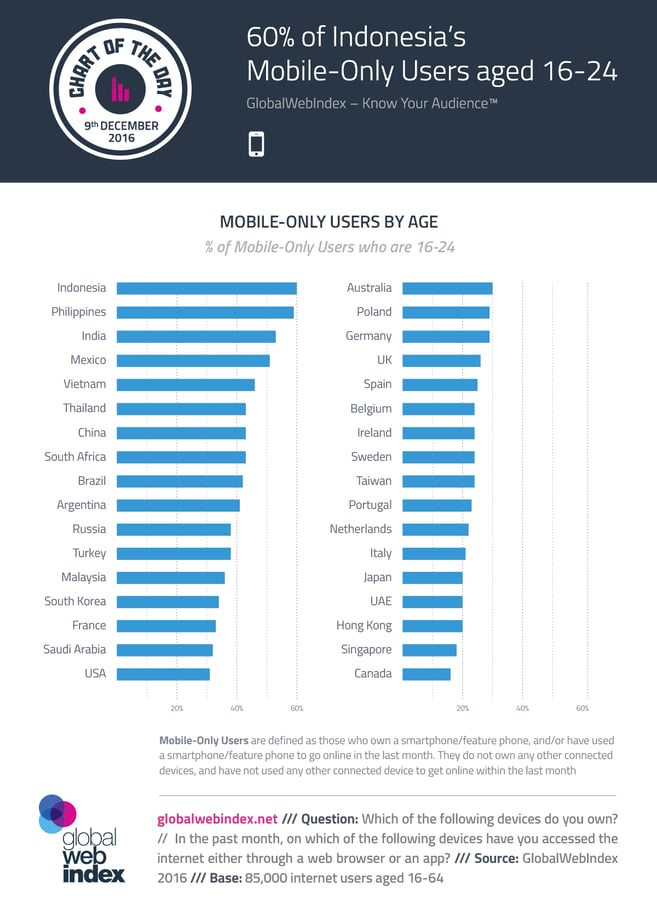