61% worried about how companies use their data

Online privacy concerns have been a particularly hot topic in the last few weeks and, as Thursday’s Chart of the Day shows, it’s now 61% of internet users who say they are worried about how companies are using their personal data.

Numbers remain high across all of the major demographic and regional splits, but with particularly strong figures recorded among the oldest age group surveyed by GWI as well as among LatAm consumers.

With 56% of internet users also saying that they are concerned about the web eroding their personal privacy and with just over half reporting that they prefer to be anonymous when they go online, it’s little wonder that significant minorities are deleting cookies, turning to private browsers and using ad-blockers. What’s more arguably surprising is that it’s still the majority who are not yet doing these things – something which could well change in the years ahead unless privacy concerns are addressed much more comprehensively. 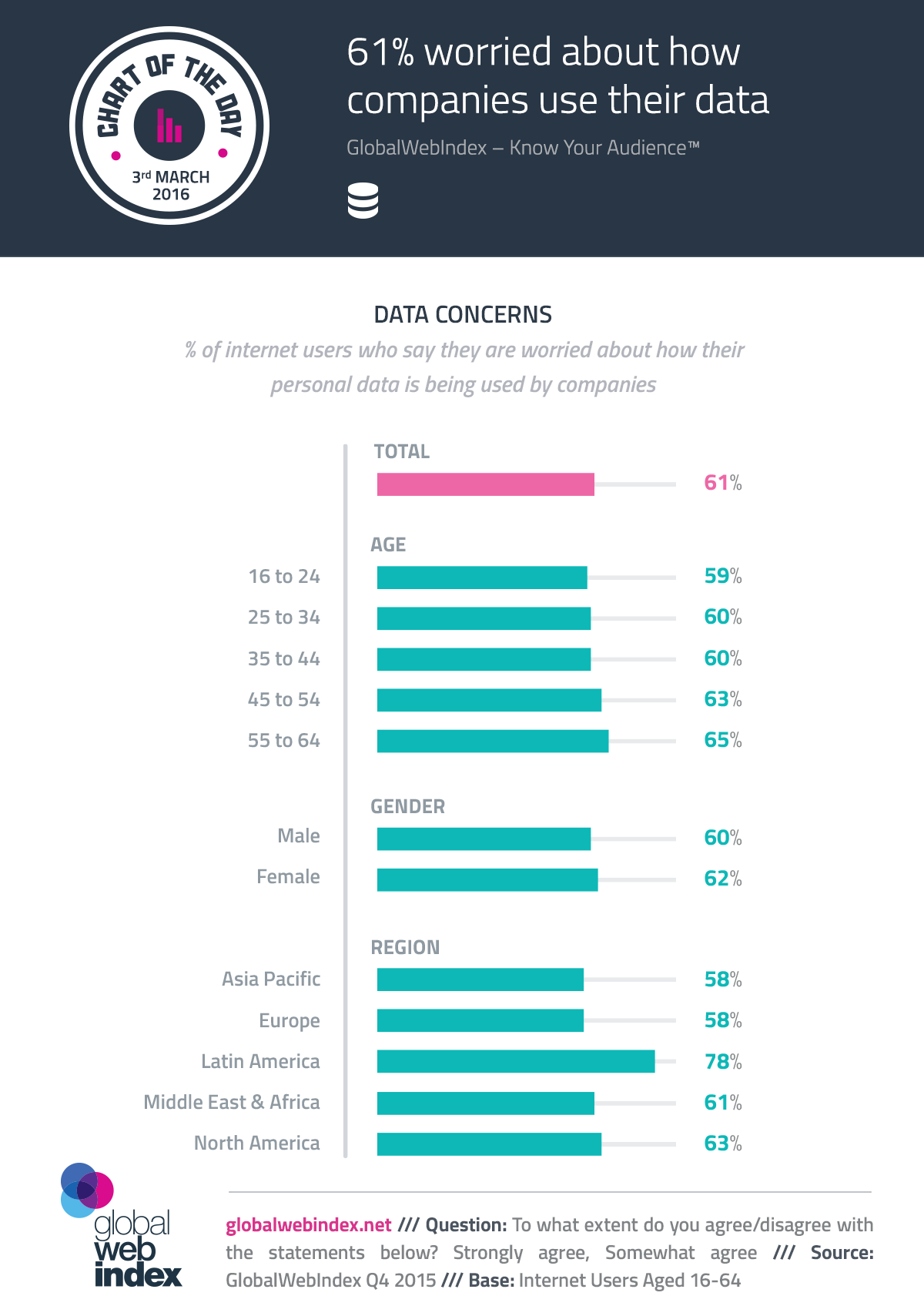