Spotify has been under close scrutiny over the past few weeks, not just because of rumors that it will be reassessing its free, ad-supported offering but also due to its move beyond music into the booming industry of online video streaming.

Spotify’s announcement yesterday that it will integrate video clips into its platform marked its first moves into the world of video streaming. Should it decide to expand their video service further, the platform will be able to rely on an already enthusiastic user base. Currently, some 7 in 10 Spotify users say they are watching TVoD each month – 40% ahead of the global average. They are also more likely than others to be watching films online, viewing video clips and catching live TV on the web. What’s more, 33% say they are already paying for a TV/film streaming service each month.

To succeed in this marketplace, though, Spotify will need to entice viewers away from their competitors. Even among their own users, the numbers using other TV/film streaming services are significant. In fact, Spotify users are three times as likely to be watching Netflix monthly – over half are. 4 in 10 are also monthly users of Amazon Prime Instant Video.

Spotify certainly has an enthusiastic audience among their own users but they’ll need to work hard to challenge the established names in the video streaming market. 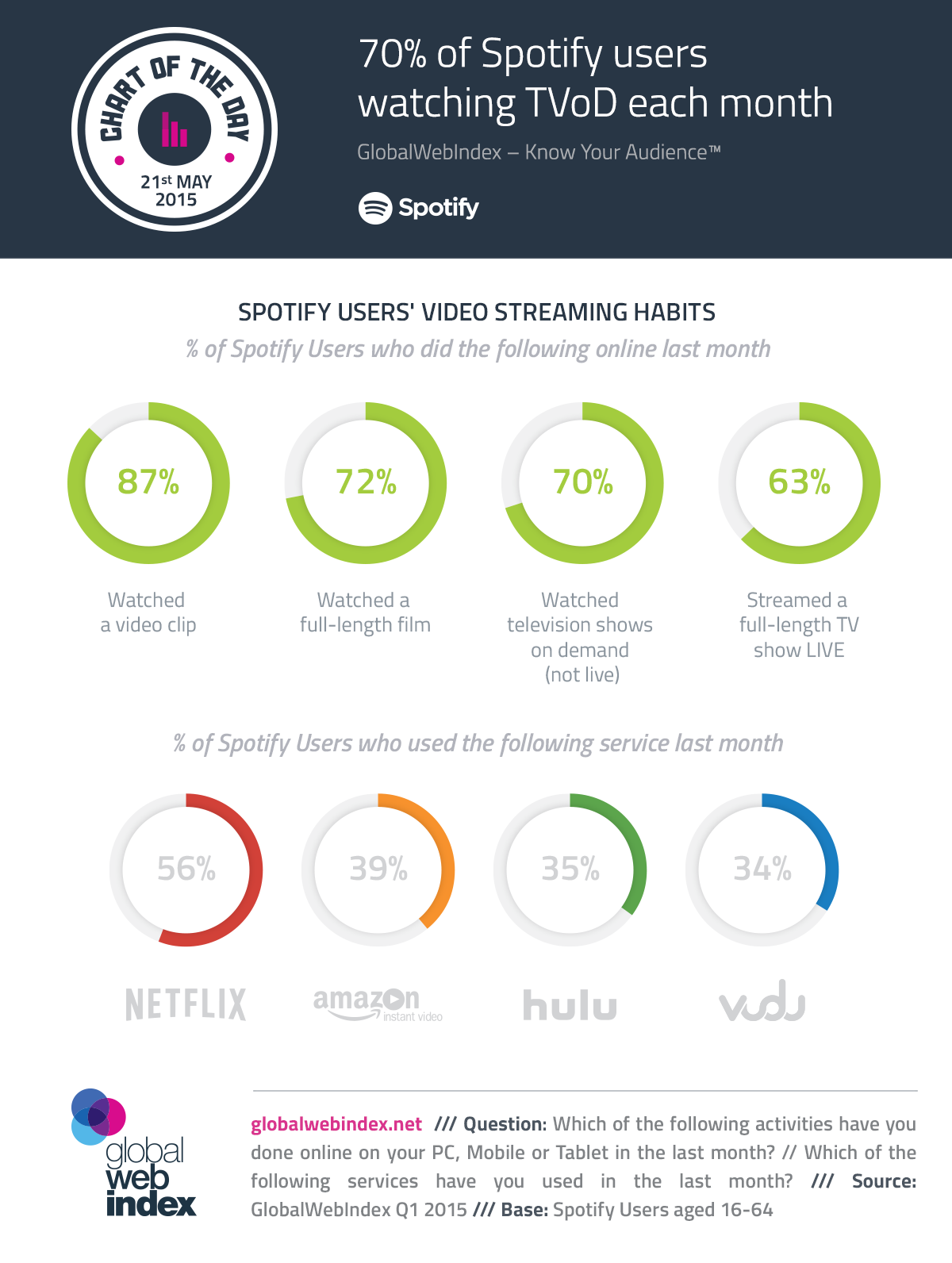