For our final post this week, we conclude our preview of GWI’s new Cross-Cultural Marketing report (you can download a free summary

What’s immediately clear is that, within the mobile space, YouTube has achieved a rare feat: among Black/African, Hispanic and Asian Americans, higher percentages are using its app each month than Facebook’s. Certainly, the gaps are small – but that more than two thirds of mobile internet users in each of these groups say that they used the YouTube app last month is impressive nonetheless. In contrast, Facebook is the clear favorite among White non-Hispanics (73%, vs 60% for YouTube).

Elsewhere, usage of the Twitter, Google+ and Instagram apps – as well as virtually all mobile messaging services – is also more common among Hispanic, Black/African and Asian Americans.  Overall, then, it’s clear that mobile social strategies cannot be simple carbon copies of those designed for networking more generally – with YouTube in particular being a bigger force than it is elsewhere. 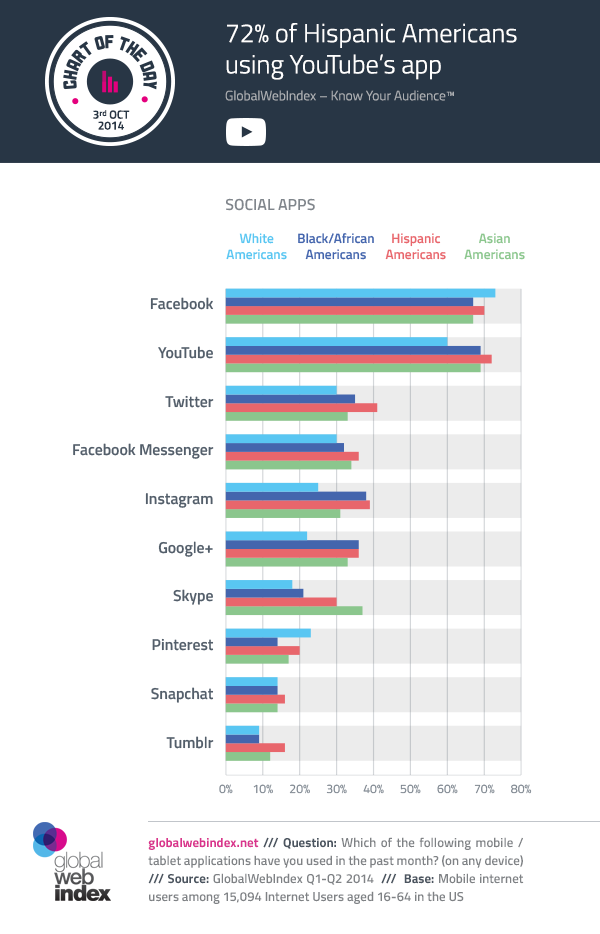