Hoping to capitalize on what it has called “the most social” Olympics ever, NBCUniversal has partnered with major social networks to drive up engagement. And as today’s chart shows, these social networks have huge reach among the Olympic audience.

Facebook tops the table for membership figures but, when we look at visitation and usage, it’s YouTube which moves to prime position. Twitter follows in third, facing tough competition from Facebook-owned Instagram. Elsewhere, 1 in 4 Olympics Fans are using Snapchat each month (rising to 4 in 10 among 16-24s, and as many as 6 in 10 in key markets like the US). 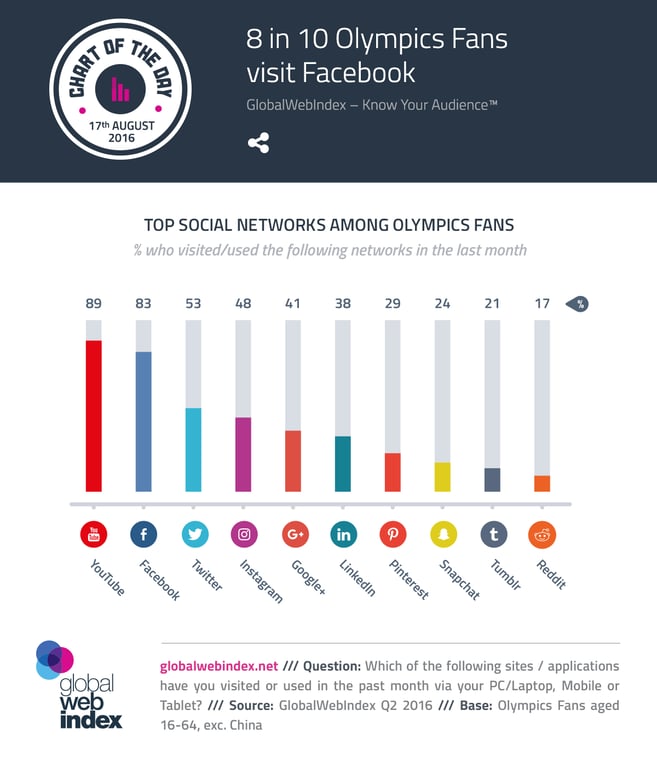