Following the recent collaboration between Netflix and Twitch for the release of the entertainment streaming service’s latest original series, Tuesday’s chart takes a look at the online TV viewing habits of the Twitch audience.

Online TV has become a central activity in the day-to-day behaviors of Twitch users – they are now devoting around over 1.5 hours per day to online TV, putting them considerably ahead of the average internet user.

That gives some indication as to why a mighty 8 in 10 Twitch Users used a streaming service to watch live television last month, and why 3 in 4 used a TV/film subscription service. With this is mind, it’s not difficult to see why this partnership is well-positioned to appeal to these enthusiastic online TV viewers and further the reach of Netflix in the SVOD market. 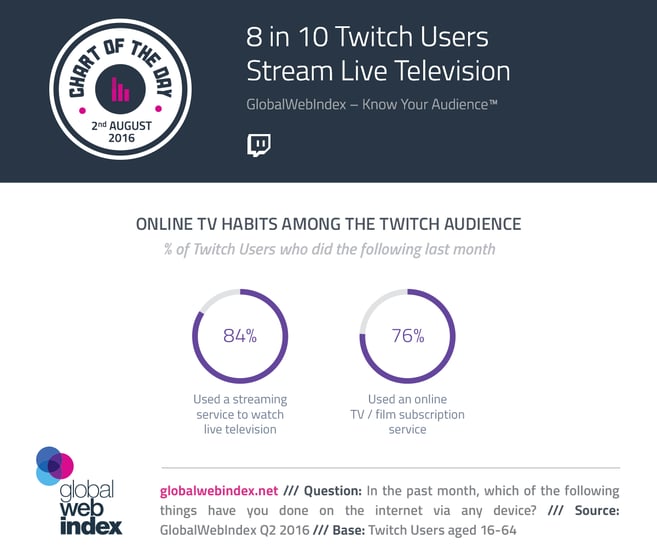