Social media aggregation app Flipboard is the subject of our midweek blog, as reports persist that Twitter is looking to acquire the platform.

Currently, Flipboard has a relatively small active user base; GWI’s Q1 wave of research showed that only 2% of internet users aged 16-64 were using it. Even in its most successful market of India, usage rates reached just 5%.

But while Flipboard’s audience may be small, its users are significantly more likely than the average internet user to be buying digital content. In the last month, about 85% paid for one of the 14 pieces of content tracked by GWI and Flipboarders are up to three times as likely to be regularly buying apps, mobile games and music downloads. They have a similarly pronounced lead for discovering brands via social media updates, while two-thirds are finding brands from online articles.

Little wonder, then, that Google and Yahoo are also rumored to be interested, and that valuations have put Flipboard at the $1bn mark. 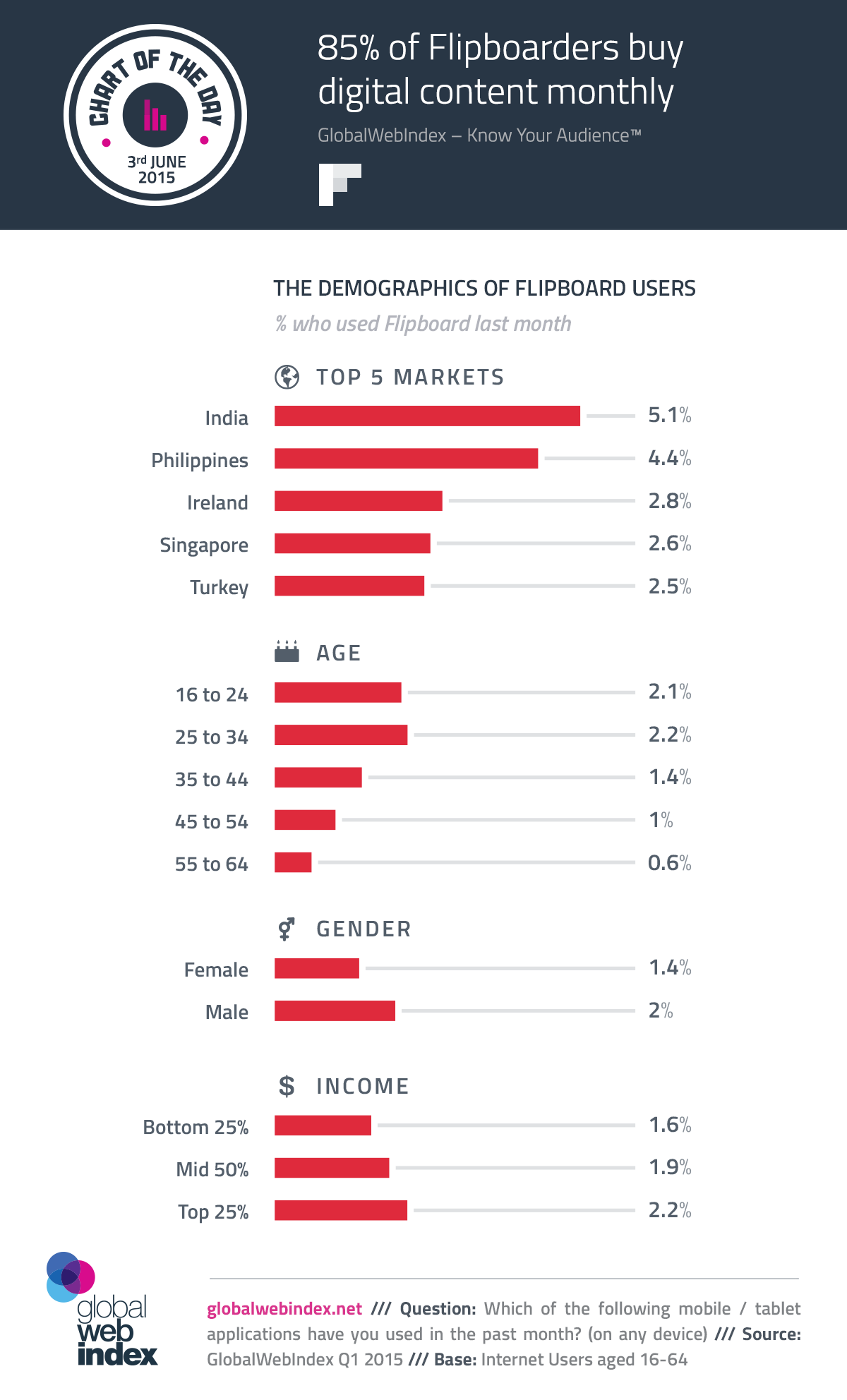