Following recent reports that Google is building YouTube Connect – a live-streaming app to take on the likes of Periscope and Facebook Live – Thursday’s chart considers the crossover between YouTube and the current live-streaming audience.

Significantly, it’s a mighty 98% of Periscopers who are visiting YouTube on a monthly basis. And despite a dip among the oldest age group, this number remains consistently high across the generations.

Clearly, this means YouTube is well-positioned to appeal to existing live-streamers – with its huge global reach also giving it the opportunity to bring new users into the fold too. After Meerkat’s recent change of focus, that means the competition to own the live-streaming space is likely to be a straight three-way battle between Facebook, Twitter-owned Periscope and YouTube Connect. 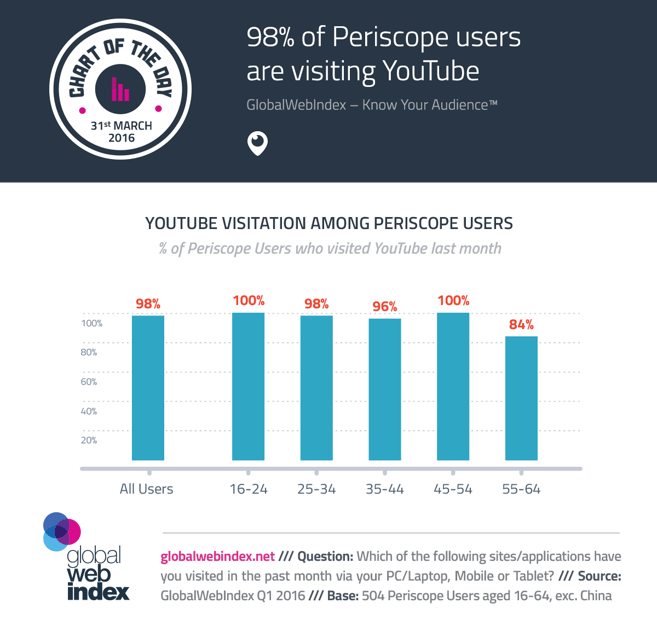