A quarter of Facebook users “unliked” a brand last month

Today sees the launch of our new trend report on Unliking and Unfollowing behaviors across Facebook and Twitter.

Facebookers and Tweeters who have unliked or unfollowed a brand are among the most prolific users of both networks, being considerably ahead of the average active user for metrics such as visit frequency and number of behaviors undertaken.

Perhaps most importantly, those who have unliked/unfollowed a brand have not necessarily grown tired of this activity per se; 54% of this group on both Facebook and Twitter say that they have also liked/followed a new brand over the same period. For at least half of this group, then, they’re unfollowing brands in order to improve the relevance and appeal of the interactions they’re having on social networks; some brands are being cast aside, but others are taking their places. 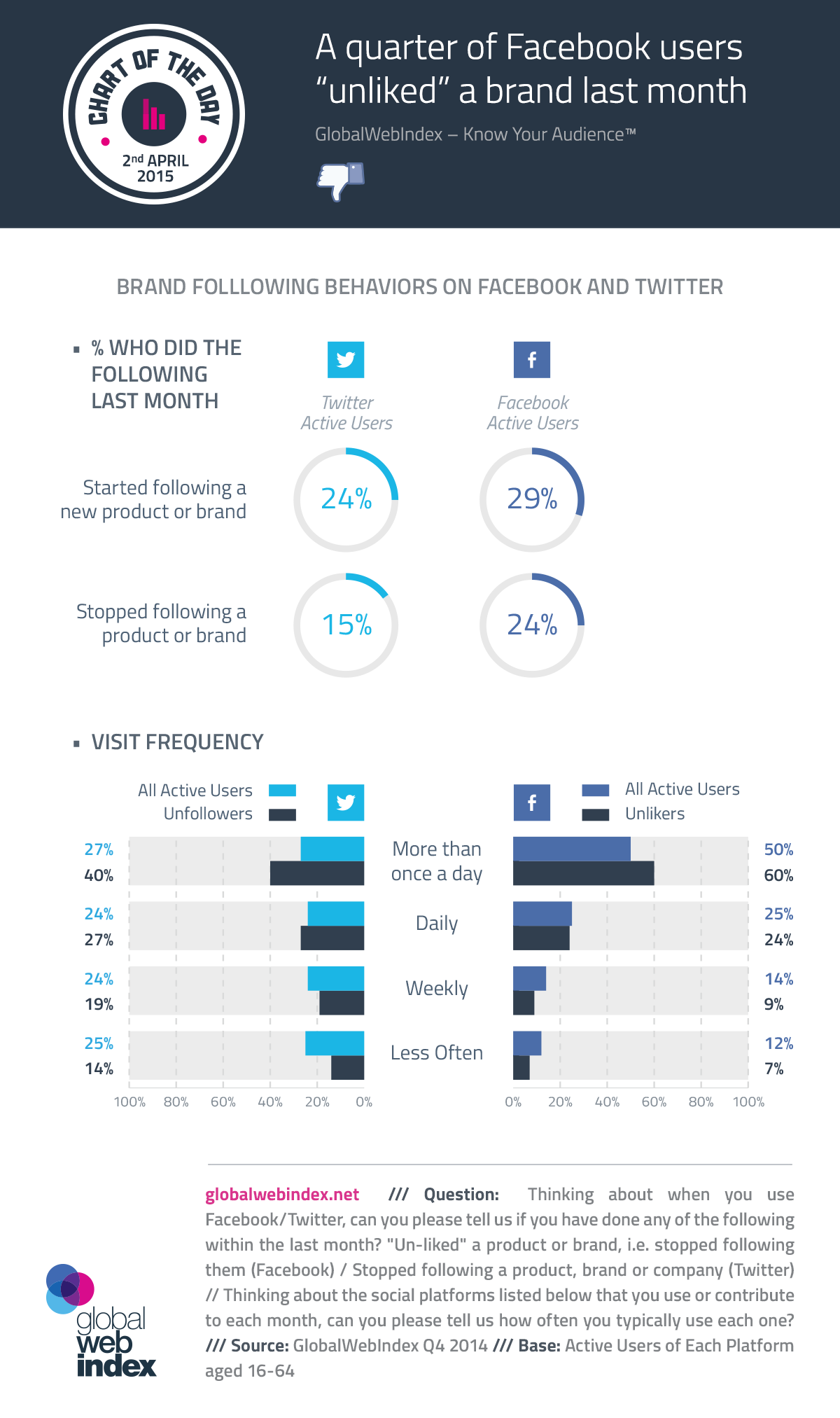