Despite ad-overload and irrelevant or annoying ads being the prime drivers behind the ad-blocking trend, GWI’s data shows that any effort to curb the rising tide of ad-blocking should not underestimate the impact of privacy issues.

As today’s chart makes clear, Ad-Blockers are more concerned about their online privacy than Non-Blockers, having a c.10 percentage point lead for worries over the internet eroding their personal privacy and for preferring to be anonymous online.

With Google having announced that it will be giving users more control over privacy settings, it’s likely that others will follow suit and attempt to offer improved online experiences as one way to counter the growth of the privacy- and control-savvy consumer. 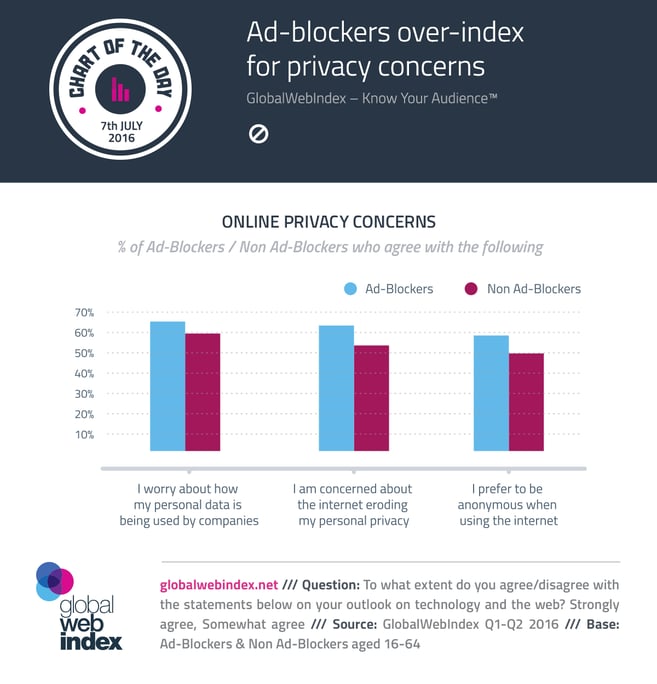