Amazon’s Fire phone enters a market absolutely dominated by Samsung and Apple devices, meaning key differentiators will be essential if it is to stand out and command an audience.

At first glance, its 3D functionality is a nice-to-have rather than an essential and is unlikely to tempt significant numbers away from the established market leaders.

But its positioning will allow it to take advantage two growing trends. First, there’s mobile commerce. GWI’s latest research shows that nearly 60% of mobile users in the US are visiting Amazon on their phone or using its app each month; but only a quarter are actually making a purchase. A more seamless and connected m-commerce experience via the Firefly function could give a boost to these numbers.

Secondly, Amazon can market this heavily as a content-consumption device. Just a fifth of internet users globally are using their phones to watch content on-demand – less than half the number who do this on PCs or Laptops. But with free access to Amazon’s Prime library and content pre-loaded to the phone, users will be able to watch safe in the knowledge that their data allowance is not in jeopardy and that they won’t face challenges trying to access content while out-and-about.

It’s by capitalizing on these related trends that the Amazon Fire phone has its best shot at success – rather than competing directly with Apple and Samsung over the technical capabilities of a smartphone. 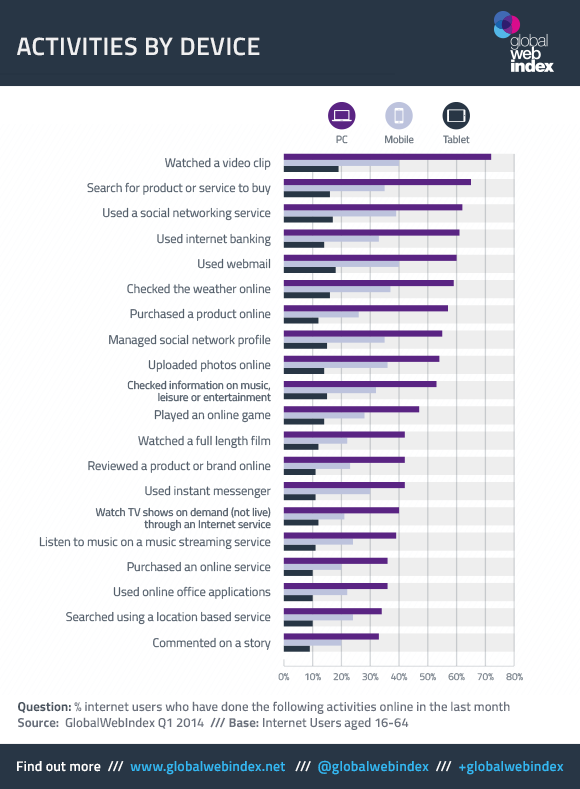