In earlier posts, we’ve looked at Android’s increasing dominance in terms of mobile operating systems. Today we focus on how its tablet OS is faring.

Having overtaken iOS as the leading tablet OS during 2012, Android increased its lead still further during 2013. Some 53% of the tablet internet audience is now using an Android device and, if we take a long-term perspective, its success is particularly impressive: between Q2 2011 and Q4 2013, it recorded a dramatic 694% increase in estimated user numbers.

Driving this trend are heavy rates of adoption in fast-emerging internet markets – places where the competitive price-point of Android holds considerable appeal. In contrast, iOS remains ahead in a number of mature internet markets such as Australia and the US. 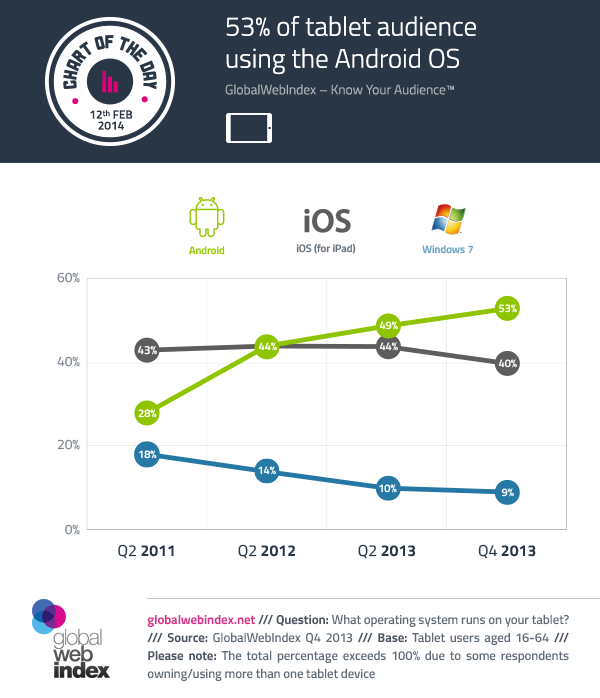 For the latest mobile and tablet trends, see our brand new GWI Device report – you can download a free summary here.