Apple is the top smartwatch brand in the UK and US

With the anniversary of the Apple Watch coming up over the weekend, today’s chart looks at the impact of this device in the UK and US.

Apple has a proven track record of entering already-established marketplaces and building up dominance. And it seems to be a case of history repeating itself in this sector; one year on from its release and GWI’s data shows that Apple’s watch is the brand of choice for 4 in 10 smartwatch owners in the UK and USA (giving it a narrow lead over major rival Samsung, despite the latter’s longer time in the market).

Overall, it’s still very small percentages in these markets who have splashed the cash for a smartwatch. However, if manufacturers can overcome current perceptions that smartwatches are too expensive and too unable to replicate the functionality of smartphones, then it’s clear that Apple would stand to be a major beneficiary. 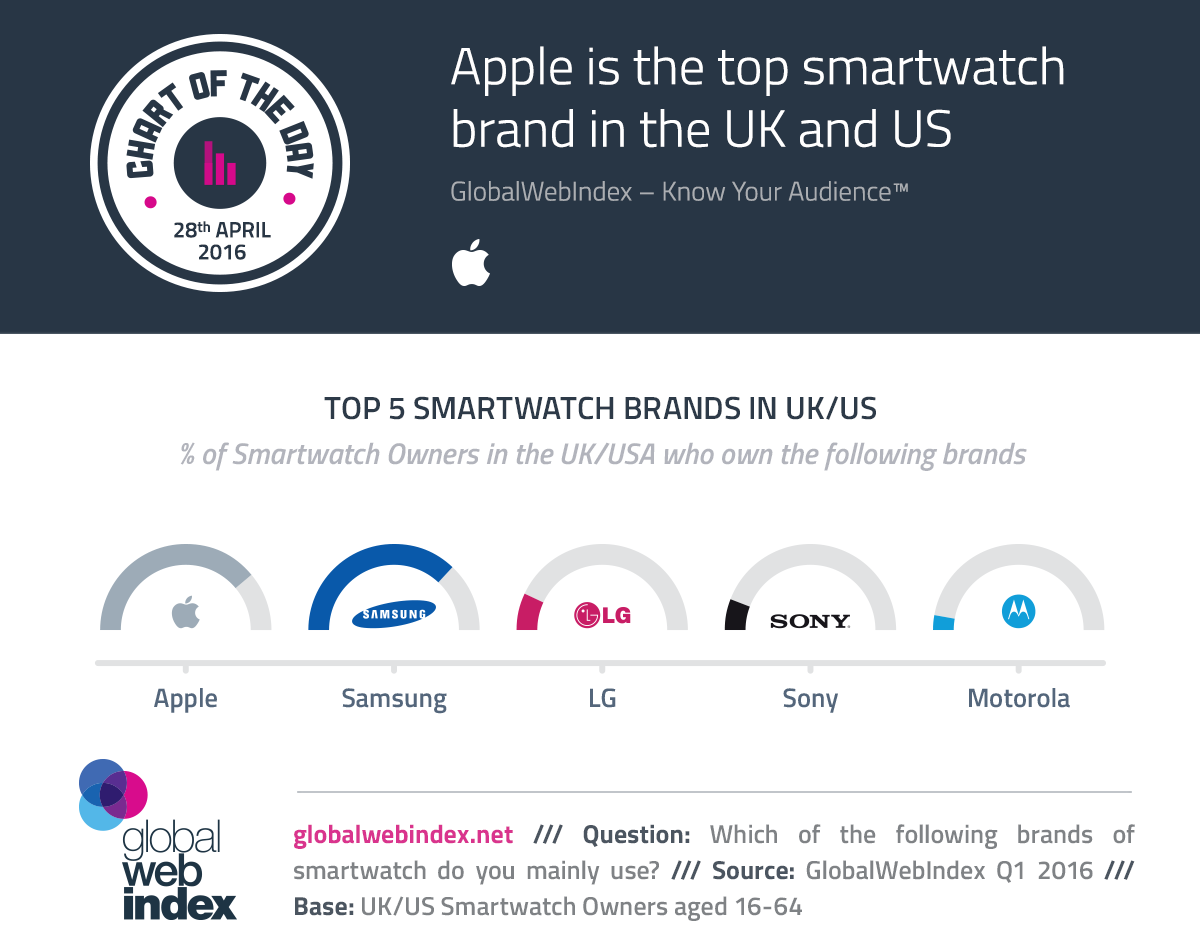