As Reddit goes mobile, 80% of its users surf the mobile web

While Facebook and Twitter grab headlines, Reddit has been refining its platform and cultivating an active user base. But Reddit is now ready to take the spotlight: as well as adding a reported 60 million users in the last few months, Reddit recently completed a $50 million funding round.

Part of this development has been to finally provide a viable mobile app. Last week, Reddit acquired and rebranded popular third-party app Alien Blue, opening up an important mobile revenue stream (a strategy that has proved highly lucrative to other social networks). Currently this app is only available in iOS but Reddit is planning an Android version.

This move is particularly overdue considering Redditors’ enthusiasm for mobile use; 80% of Reddit’s active users are getting online using a mobile.

Reddit users are also enthusiastic about using apps, including those of many of Reddit’s rivals. More than 40% of US Redditors are using Facebook’s app and 1 in 5 are using the Twitter app, for example. 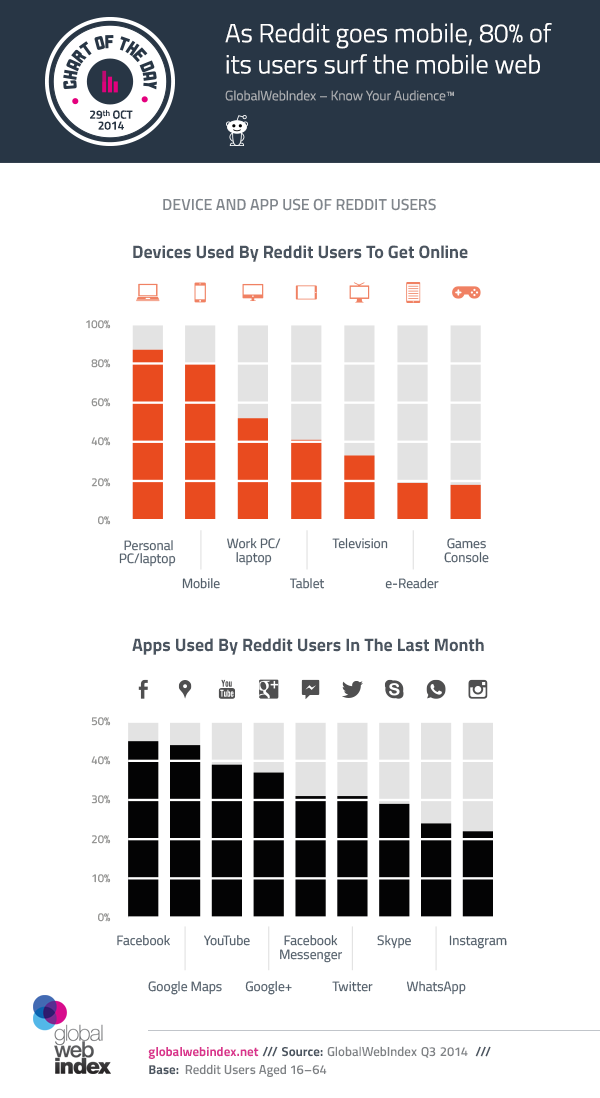