To mark the release of our new GWI Entertainment report this week, our first post looks at the average amount of time people are spending using the mobile internet each day.

As mobiles come to play a more important role within our internet behaviors, it’s no surprise to see (rapid) increases here. Globally, adults now report daily usage of 1.98 hours, up sharply from 1.31 hours back in 2012.

As elsewhere, this is subject to substantial variation by age. An impressive 94% of 16-24s are daily users, compared to just 51% of 55-64s. Members of the youngest group are also the heaviest users in terms of time: more than 2 in 5 are typically spending more than two hours a day on the mobile web.

There’s similar fluctuation at a market-by-market level: almost all online adults in countries like China or Hong Kong are using the mobile internet on a daily basis, whereas just 3 in 5 are doing this in France and Japan. In the months and years ahead, though, it’s inevitable that these discrepancies will become weaker as the mobile web becomes truly ubiquitous. 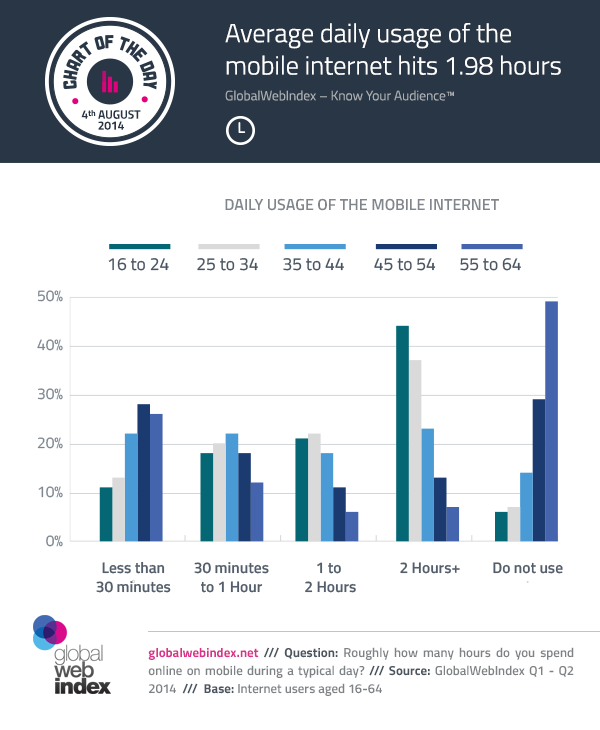