Facebook apologizes for emotional testing, but will users care?

Facebook members are more concerned about their online privacy being compromised than ever before; 54% of the site’s active users now say that they are worried about this issue – a figure which has been consistently trending upwards from 44% back in 2012.

Despite this, the social network’s latest privacy blunder is likely to have as much impact as its previous misdemeanours: very little.

Yes, it will face some tough headlines for the next few days, especially if investigators find that it did indeed breach data privacy rules. But fewer than 20% of Facebookers are strongly concerned about privacy and there are two crucial things to remember here. Firstly, users have a very short memory and much of the current controversy will soon be forgotten. Secondly, long-established digital behaviors don’t tend to change much; although we don’t like hearing about what the social networking giant gets up to, only the most ardent privacy advocates are likely to take any real action in response. Remember the outrage over Instagram’s photo policy a few months back? After a very short-term blip in its popularity, it’s now the fastest growing social network globally.

So, now that Sheryl Sandberg has said sorry, some Facebookers will be annoyed for a bit but normal service will soon resume. We’re not going to see millions of users leaving in protest, which means Facebook will still have by far the greatest global reach and advertising appeal of any social platform out there. 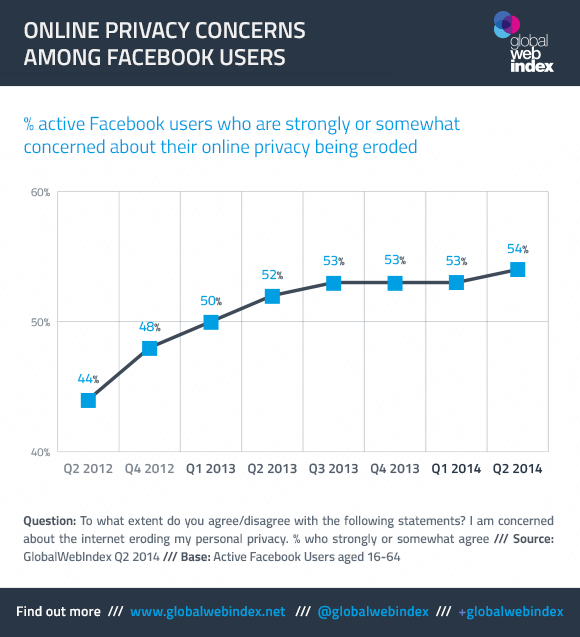