GWI’s new Audience Report on Console and Mobile Gamers (you can download a free summary here) shows that gamers are highly active on social networks. Fewer than 7% report that they don’t use any network, for example.

Facebook is clearly the top choice among gamers. 9 in 10 console gamers have an account on the site and about 60% of are active on the platform.

The restriction on Facebook in China, the largest market for mobile gaming in the world, has significantly skewed the global average for mobile gamers’ use of that platform. Yet Facebook is still the most popular social network among mobile gamers globally; 68% have accounts on the site and 4 in 10 actively use the service.

Chinese influence on the figures is clear though: a site like Sina Weibo scores relatively highly among mobile gamers due to it being used by 60% of this audience in China. 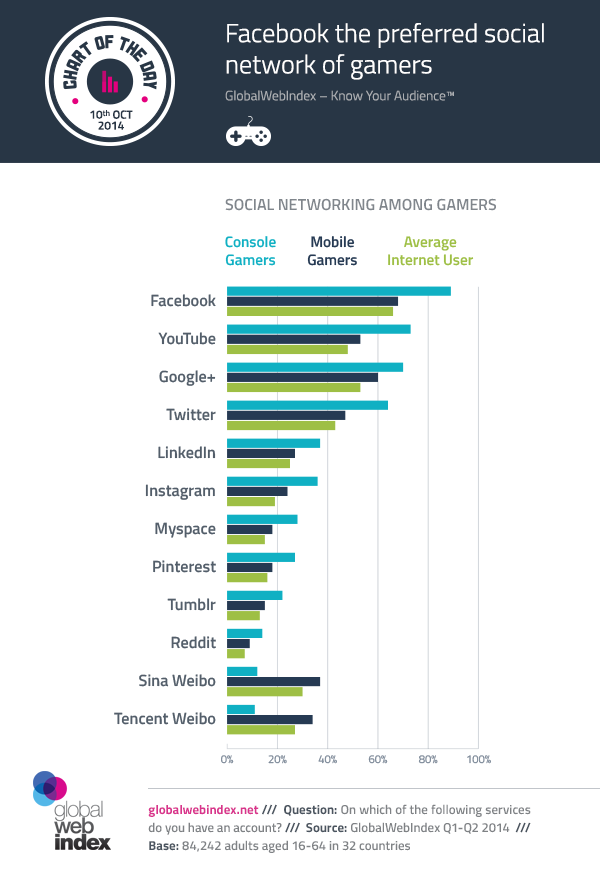