Today we conclude our look at the new GWI Social report (you can download a free summary here) by analyzing membership levels on Google+ over the last year.

Between Q1 2013 and Q1 2014, the figure outside of China rose by ten points to hit 59% – indicating that the network’s reach continues to grow. With founder Vic Gundotra having recently announced his departure from the network, it’s thus clear that he leaves Google+ with healthy account membership levels in all nations but with particularly strong figures in emerging markets (which make up all of the top 10).

Indeed, the reach of the platform is still often under-estimated: the continuing rise of Google+ reflects its importance as a social layer that connects Google services and its success in establishing an alternative social model to those operated by sites like Facebook. 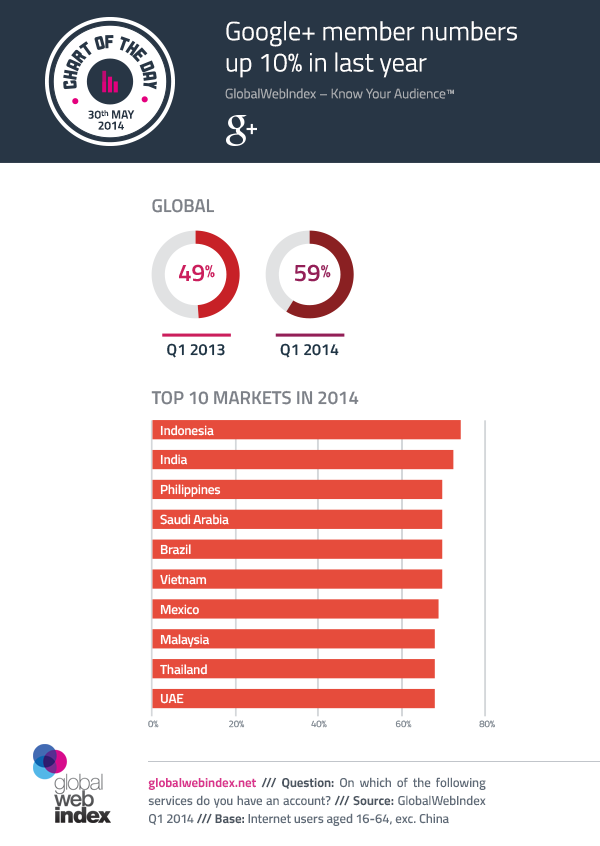