Half of Facebook’s users visit multiple times per day

For Tuesday’s blog, we draw on more findings from our new GWI Social report  to look at visit frequency on five of the biggest social networks.

As our data makes clear, Facebook might be the only network to have seen a drop in active usage over the last year, but it’s still the one with by far the most engaged audience: 1 in 2 of its active users say they use it more than once a day. That puts it almost 25-points ahead of second-placed Twitter.

Significantly, there’s also a strong age effect at work here: the younger a Facebook user is, the more likely they are to be using the service more than once a day.

Overall, though, perhaps the most impressive metric is that just 8% of Facebook’s active users select the “less often than once a week” option. Compare that to sites like Pinterest and Tumblr, where over 4 in 10 say this, and the difference in engagement is clear. 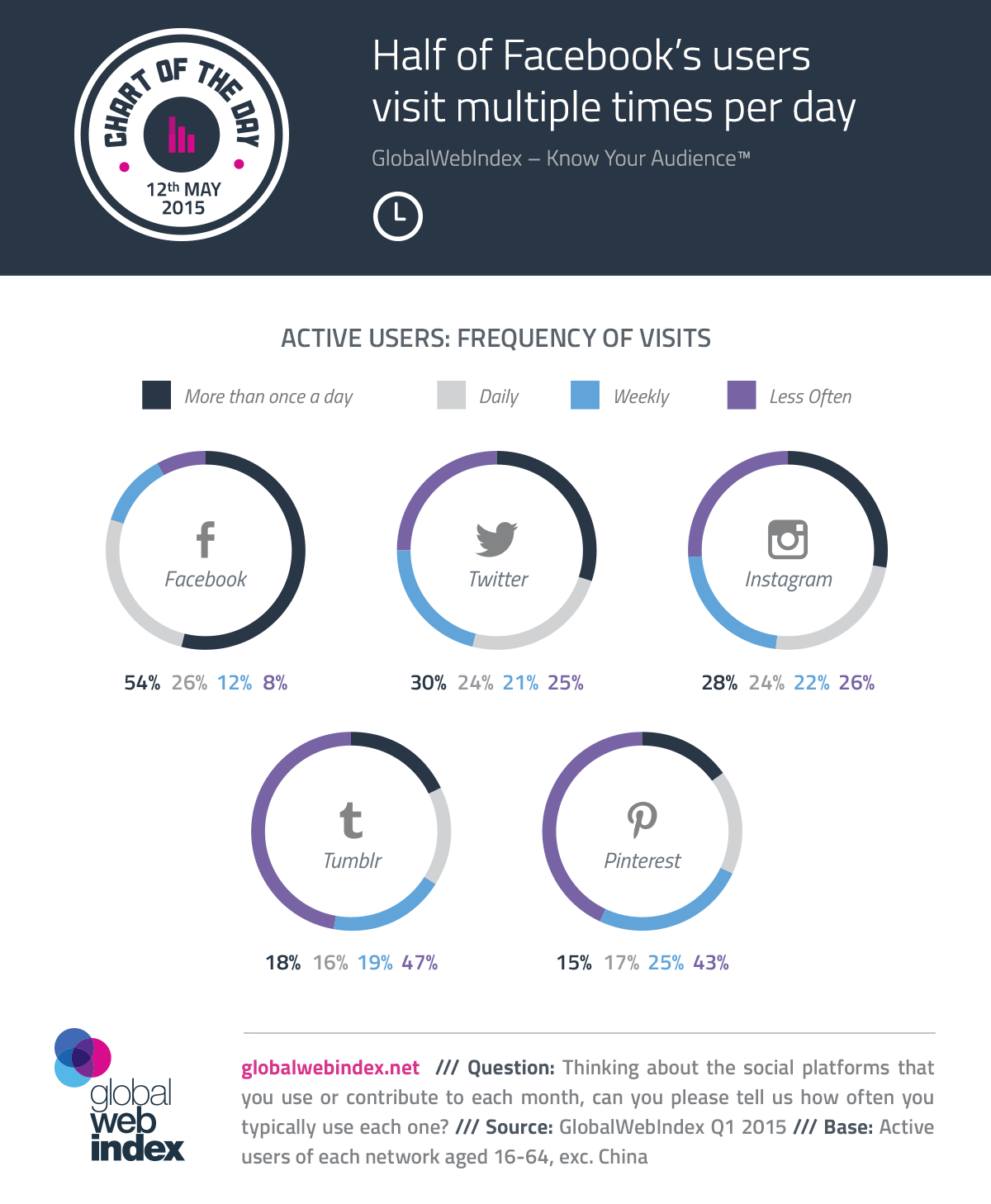