How US Open Fans Watch the Tournament

With the US Open fortnight in full swing, today’s Chart of the Day looks at how viewers of this Grand Slam are engaging with the tournament and the important role that online now plays for this viewership.

It’s 38% of US Open Fans globally who watch the Grand Slam online, with a peak among 16-24s of 46%; figures then fall away considerably with age (among 55-64-year-old viewers, it’s only 14% who say they are catching matches or highlights via their computers). This trend is reversed when we look at the figures for TV, with 16-24 year old fans (62%) the least likely to watch through a TV set and 55-64s (91%) the most. Nevertheless, TV still trumps online for each age bracket, with a difference of 16 percentage-points even among the tech-minded 16-24s – demonstrating the ongoing importance of this medium to the world of sports.

Online challengers like Amazon (who acquired the UK broadcast rights for the ATP tour earlier this year) are increasingly disrupting the established order of sports broadcasting, but as today’s chart shows, TV remains the go-to channel for US Open Fans – for now, at least. 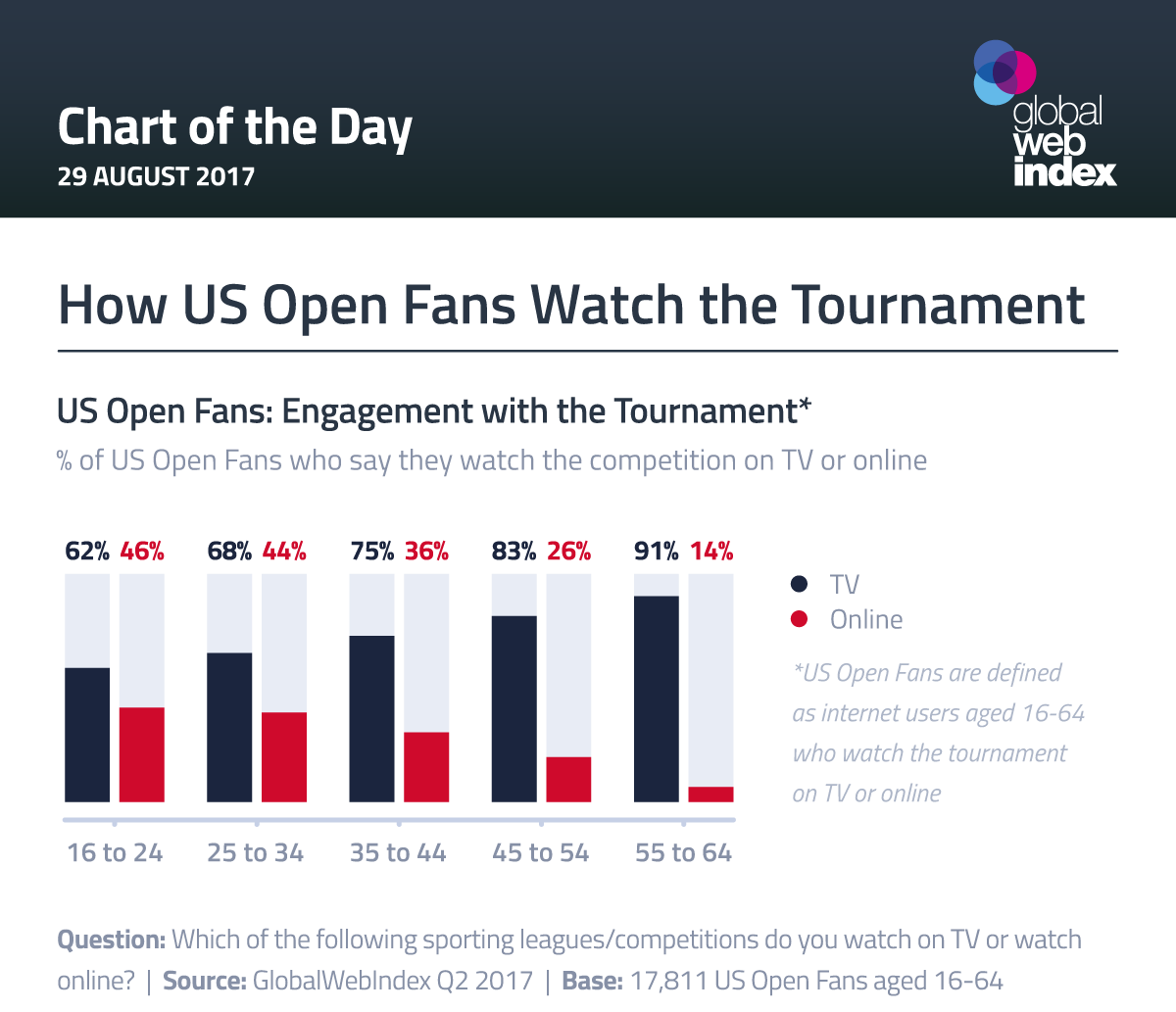