HTC Considerers are Young and Social

As HTC begins its search for an agency to launch a new smartphone next year, today’s Chart previews data from our Q4 wave of research – in field at the moment – to look at the audience that this campaign will need to target.

When asked which brand(s) would be their top choice next time they buy or upgrade a handset, almost two thirds of those who pick HTC are under 35. As we might expect, there’s a peak in the brand’s home country of Taiwan, but APAC as a whole is strong for consideration, containing almost half of all those who name HTC as one of their top choices.

To find these individuals, social networks are key. 6 in 10 of this audience are high or heavy users of this medium, with 90% of them outside of China having a Facebook account and two thirds being on Twitter.

Nevertheless, linear television makes a strong showing too – and that’s particularly important given that 3 in 10 HTC Considerers say they discover new brands and products via ads seen on TV. So, for the agency that wins this campaign, social might be a key channel, but more traditional routes like TV, word-of-mouth recommendations and brand websites could be key to driving discovery and awareness. 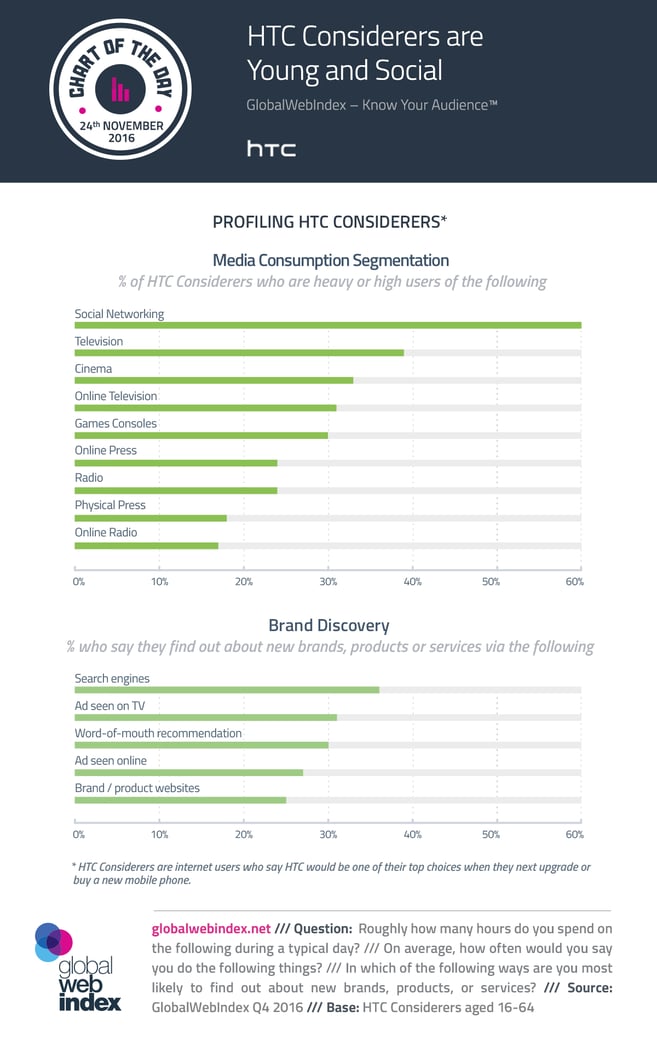