As the battle between traditional and digital forms of media continues, this week’s first Chart of the Day places a spotlight on the current state of news consumption.

For most media behaviors, offline media continues to grab the biggest share of time. But there is one major exception – news. Each day, online adults are spending more time on online press (0.74 hours) than they are on traditional print forms (0.61 hours).

To put this in context, we can look at the situation for television. Here, it’s linear which continues to rule the roost (capturing 2.38 hours per day, compared to 0.79 hours for online TV).

Print media isn’t going anywhere fast – it still captures 45% of daily news consumption – but with 1 in 3 online adults having used a news app last month, as well as the fact that social media is fast becoming an important gateway to news content, it’s clear that online has the upper hand. 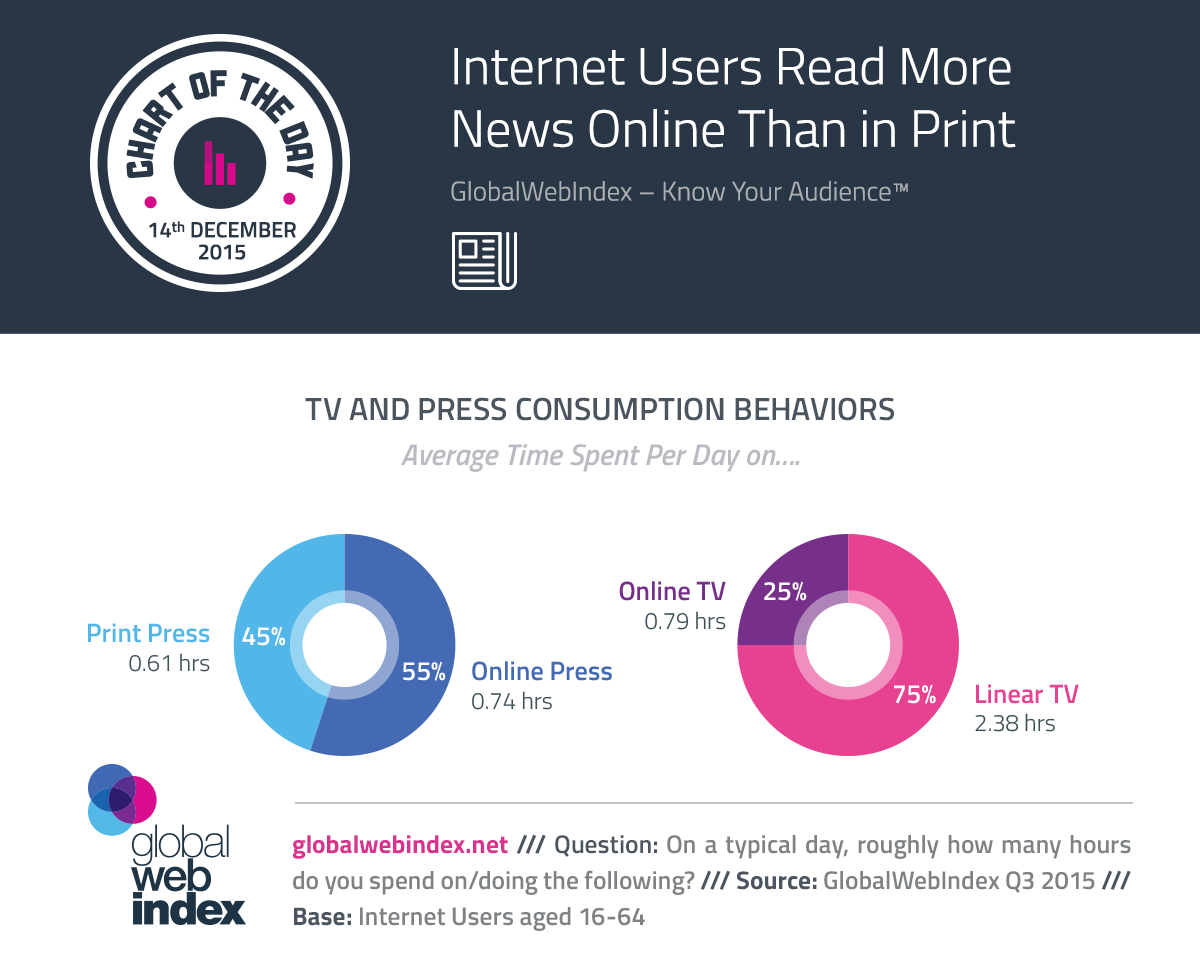