As we explore in our new GWI Social report (download a free summary here), LINE was the fastest growing messaging/networking app over the last year – with the service seeing a 57% rise in active user numbers.

Facebook Messenger has also recorded strong increases as users have been pushed over from the main Facebook app.

Despite having a relatively small global footprint, Snapchat remains a key app to watch. It might have lost its title as the fastest-growing app of all – which it had held for the last few quarters – but it’s still seen a rise of 45% in the last year.

Most significant of all is that teens are about 3.5x as likely to be using Snapchat as the average internet user. More than 40% of this key demographic are now Snapchatting in places like Ireland, Sweden, Canada, Belgium and the UK. What’s more, Snapchat is more popular than either Facebook Messenger or WhatsApp among American teens. Little wonder, then, that it’s still such a thorn in Facebook’s side. 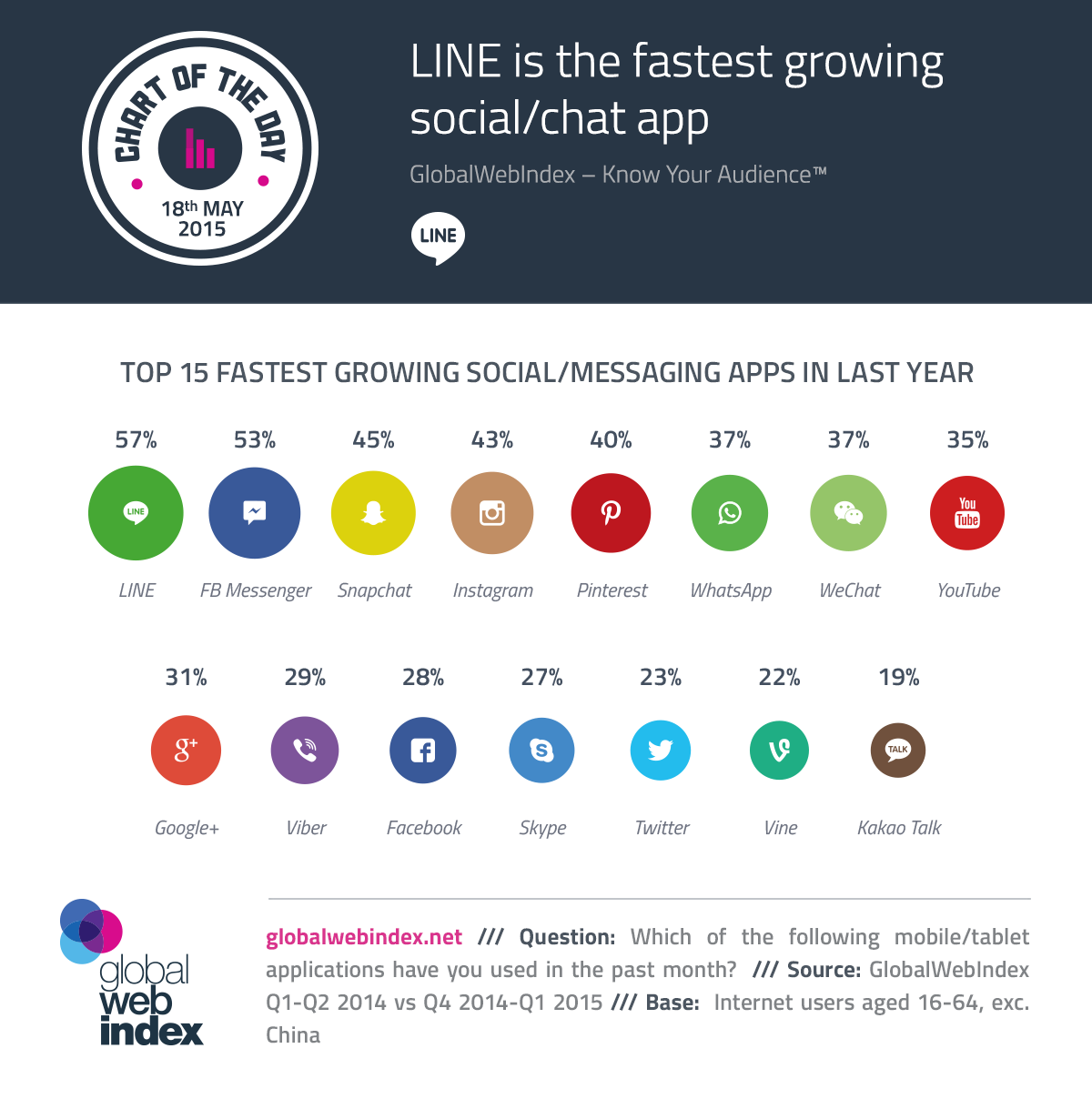