To mark the release of our new Mobile Messaging trend, our first blog this week looks at the rise of messaging behaviors over the last few years.

Back in 2012, it was already close to 60% of online adults who said they had used a mobile instant messaging service within the last month; fast-forward to 2015 and that number has risen to 75%. Convert these percentages into audience sizes and the rate of growth is even more impressive: since 2012, we’ve seen a 39% increase in the numbers who are using these tools.

SMS/text messages and MMS are two clear casualties of this trend. After several quarters of consecutive growth, we’ve seen the numbers using them decline noticeably over the last year. In fact, whereas the numbers using IM tools have jumped by 39% since 2012, we’ve seen a corresponding drop of 11% for SMS and 17% for MMS. Hundreds of millions of global internet users are still sending them, but they’re no longer the default go-to choices that they once were. 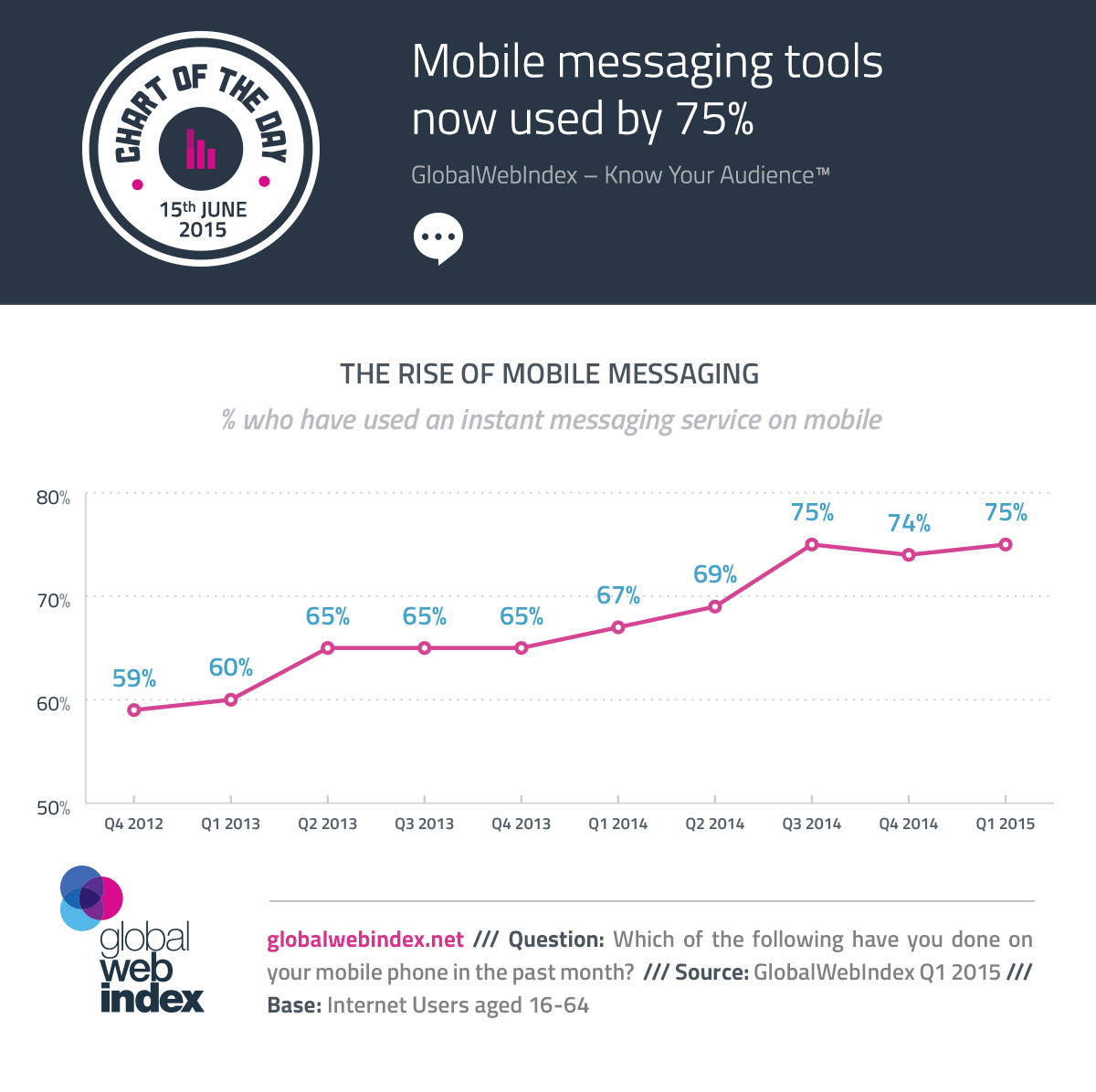