At GlobalWebIndex we don’t just track online behaviours but also activities that might previously be considered offline.

When we look at how mobile behaviour has changed over the last 12 months, it’s interesting to see how smartphones have replaced previously unconnected devices.

For many the phone has become as much a camera as it is a gateway to the internet. 84% of respondents have used their mobile phones to take pictures in the last month.

Similarly the number of people who have paid for an item in a shop via their mobile is also on the up. Globally 22% have now used their calling device as a mobile wallet, up from 14% a year ago.

The below infographic also demonstrates that online related activities are growing at a fast pace. Sending Email has grown by 32.5% over the last year (from Q2 2012 to Q2 2013), while sending traditional text messages such as SMS has slightly declined.

Consumers are also becoming more aware of the potential of their devices. The second most growing activity, according to our research, is “Installed an application”: up 22% since Q2 2012.

This suggests that marketers and brands can now be confident that their target audiences will be receptive to branded app, or slightly more complex actions, than they have been in the past.

The fundamental insight that comes from this latest wave of data is that it is no longer acceptable not have a mobile version of your website, since 70% of internet users on a global scale are now using their smartphone to browse the internet.

This figure has increased by 13% in one year and we expect to see it growing at a fast pace in the next wave of research, as faster, LTE connections become more common.

The activity that has grown the most since Q2 2012 is “Scanned a QR code”. This action has now been performed by 30% of our respondents globally but this is perhaps not as significant as it sounds given that 62% have researched a product online without using these two-dimensional information shortcuts.

To discover more about how mobile usage has changed, you can download the full data pack from the Insight Store. 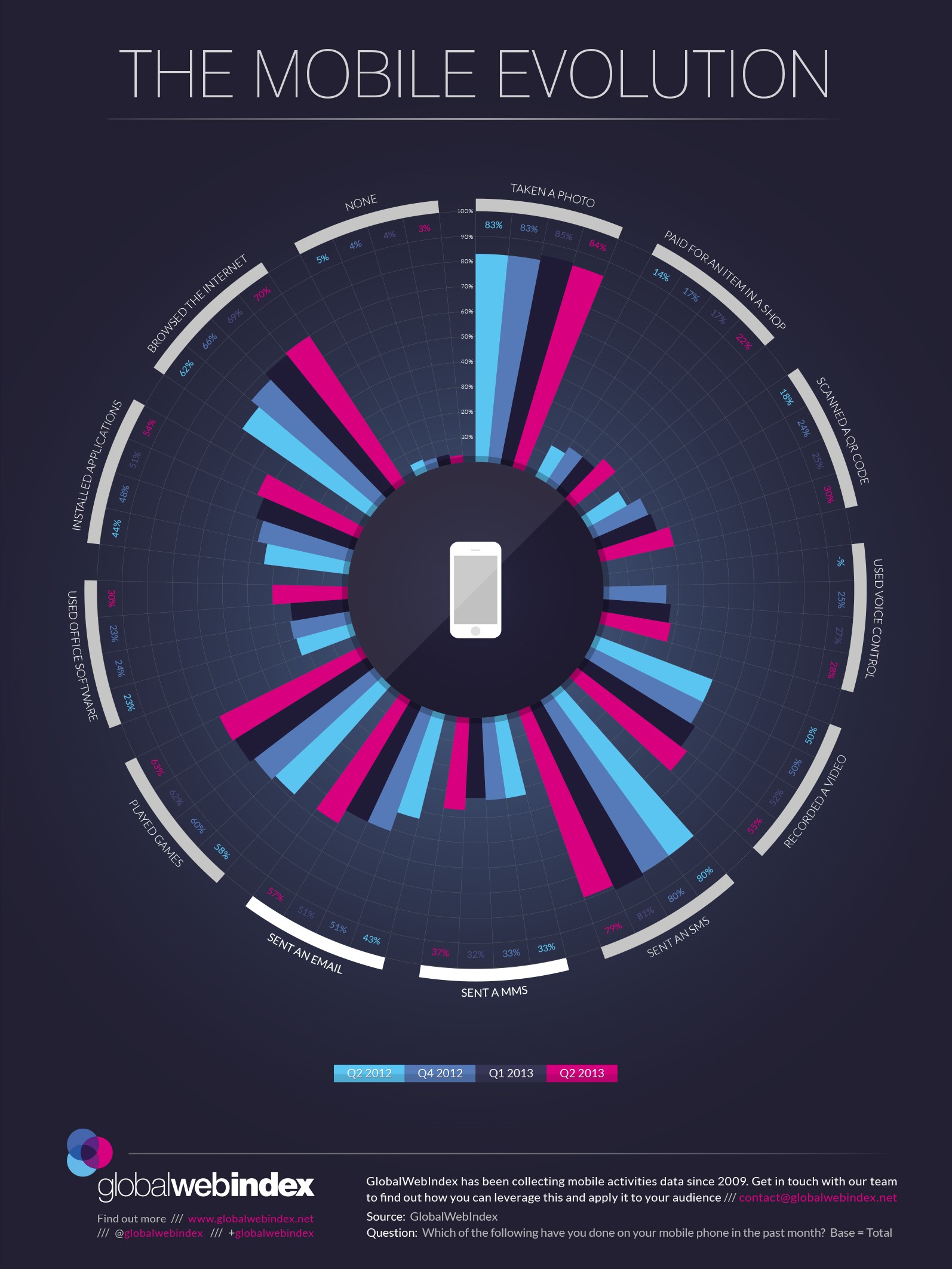