Mobile operating systems: iOS highest in the US

We saw last week that the Android OS has enjoyed explosive rates of global growth during the last two years. But at a market level, strong differences persist.

As our data shows, Android achieves its highest figures in APAC countries – led by South Korea at 81%. In contrast, the best adoption rates for iOS are in markets such as the US (42%) and Australia (40%).

As might be expected, success for one of the two main operating systems in a particular country tends to mean weaker penetration for other: iOS in South Korea slips to just 14%, for example – significantly behind the global average. Similarly, while two thirds of mobile users generally have opted for Android, this falls to just under the 50% mark in the US.

Another notable trend is BlackBerry’s enduring success in South Africa, a country where its adoption stands at 40%, versus a global average of just 5%. 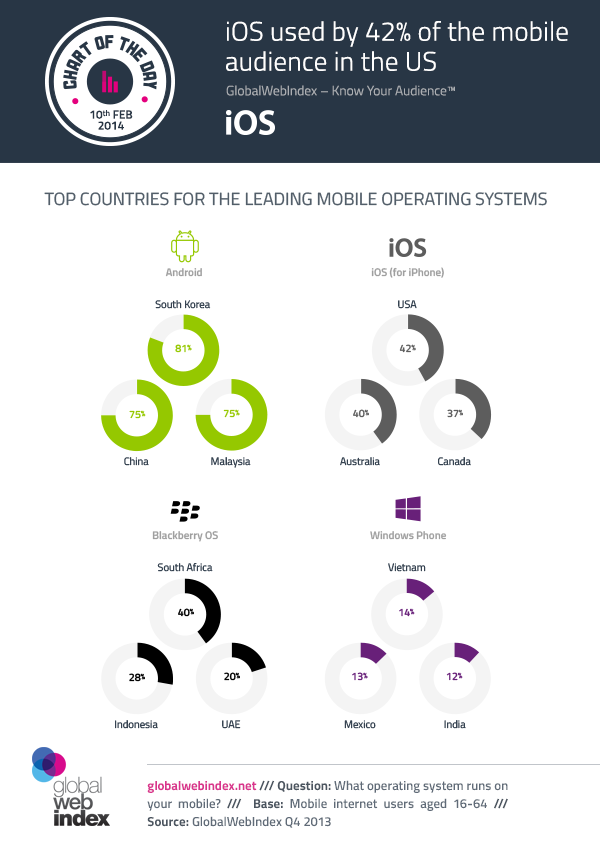 For the latest mobile and tablet trends, see our brand new GWI Device report – you can download a free summary here