As our chart shows, the mobile internet now accounts for 40%+ of the time people are spending online in countries like Saudi Arabia, Thailand, the UAE and Hong Kong. In fact, there’s a fairly clean divide between fast-growth markets in the first half of the chart and mature internet markets in the second – giving yet more evidence for the particular importance of mobiles within emerging internet nations. In contrast, they remain less of a force in places such as Japan and France, where more than 80% of daily internet time is still spent on PCs, laptops and tablets.

Across the board, there’s one absolute certainty here, though: smartphones will continue to capture an increasing share of our internet time, particularly once Apple’s new larger-screen iPhone increases the range of “phablets” still further.

For further detail and analysis on this topic – as well as figures across age groups and over time – check out our Digital vs Traditional Media Consumption report, a free summary of which can be downloaded here. 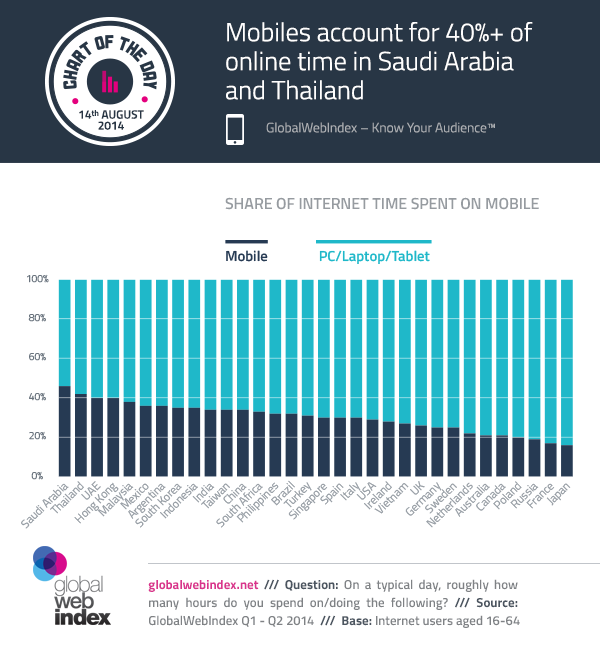