As we explore in our GWI Device report (you can download a free summary here), second-screening is now a near-universal activity; just 16% of internet users say they have not done this while watching TV.

In terms of devices, mobiles are now the clear favorite; having overtaken once-dominant laptops during 2013, they have opened up an 11-point lead in 2014. In fact, the prevailing patterns are pretty clear here: mobiles and tablets are rising quickly whereas laptops and desktops are in decline.

Not every market has yet embraced the smartphone as the number one device for this activity, however. In 10 of GWI’s 32 countries, laptops remain in pole position; they retain particularly strong leads in places such as Poland, Russia, Japan, Canada and France. That said, mobiles have claimed top spot in 22 markets and have established especially commanding positions in many APAC and LatAm markets. What’s more, in almost all ten of the places where laptops still lead, these devices have either been holding steady or falling in prominence whereas mobiles have been growing. It’s somewhat inevitable that mobiles will soon take the lead even in these markets, then; by the end of 2015, it’s unlikely that mobiles will not dominate dual-screen behaviors in any country. 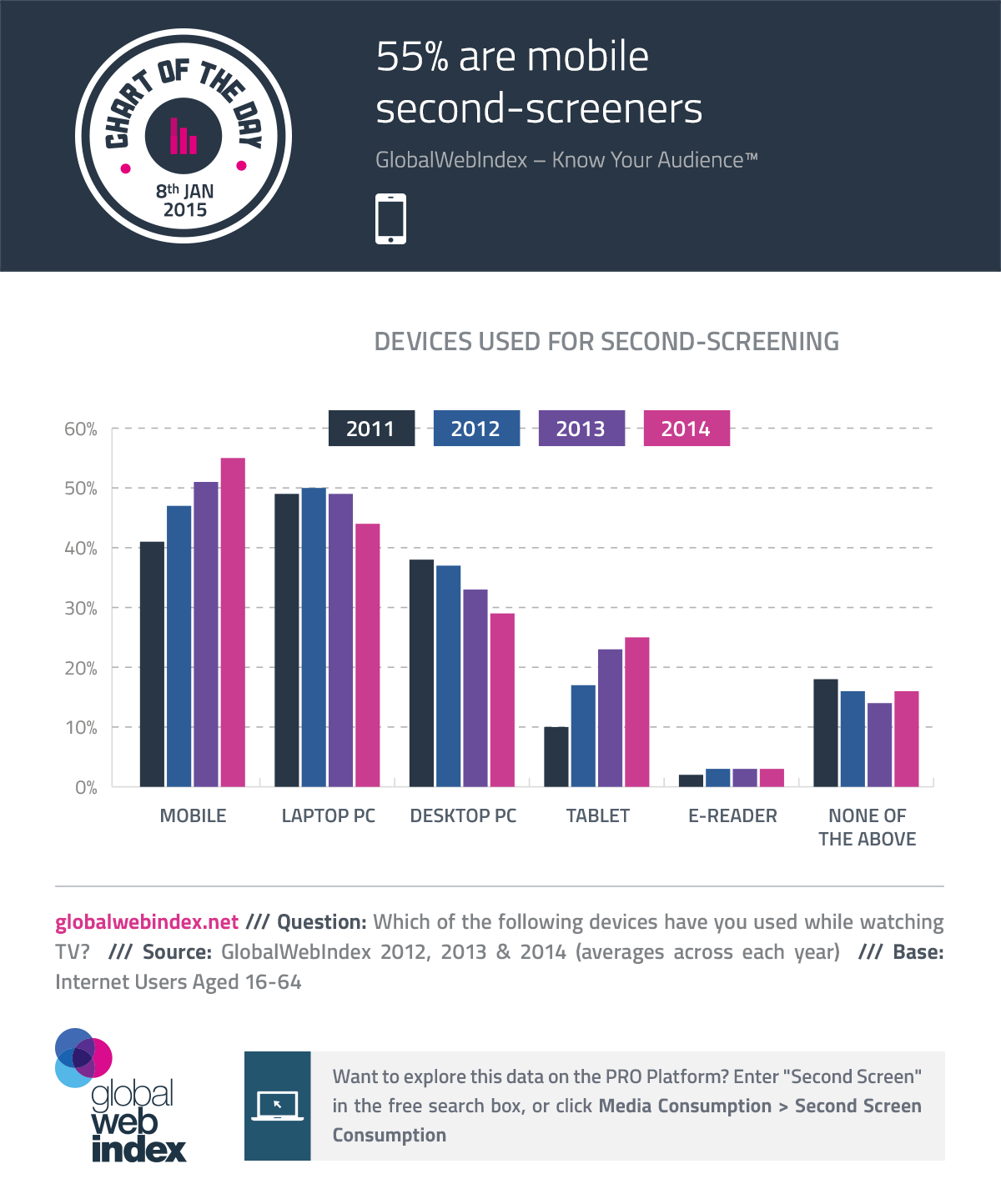