More than half of internet users are second screening via mobile

Among digital consumers, second- or dual-screening has long been an established behavior.

But our latest figures show just how widespread this activity now is: overall, an impressive 85% of internet users say that they have second-screened while watching television.

And, perhaps most significantly, 2013 was the year in which the mobile phone overtook the laptop to become the top device for dual-screening, with over half (54%) of the global internet audience doing this. Worldwide, that means there are now more than 800 million mobile second-screeners, something which shows just how crucial this device has become in terms of content consumption.

Tablets are still some way behind this: about a quarter of internet users say they are tablet second-screeners. But it’s this device which has seen the fastest increase over the last two years – jumping from 10% in Q4 2011 to 24% at the end of 2013. 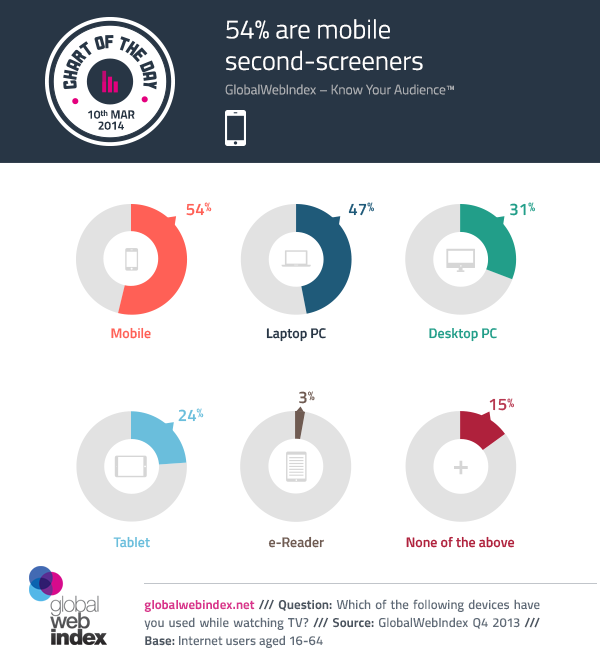