Kicking off a series on music streaming engagement, today’s chart begins with a look at which devices are most used for this behavior.

Thanks to improved mobile connectivity and an industry push towards mobile-optimization, more consumers are streaming music on their mobiles than their PCs/laptops. Yet consumers aren’t necessarily opting for one device over another, with each device offering its own advantage in different contexts. In fact, our data shows that 1 in 2 PC Music Streamers also do so via mobile, with 4 in 10 Mobile Music Streamers doing so via PCs/laptops.

In most regions, both mobile and PCs/laptops ­carry strong figures, although in Asia Pacific significant uptake of mobile-based services QQ Music and Kugou drive up the figures for mobile. 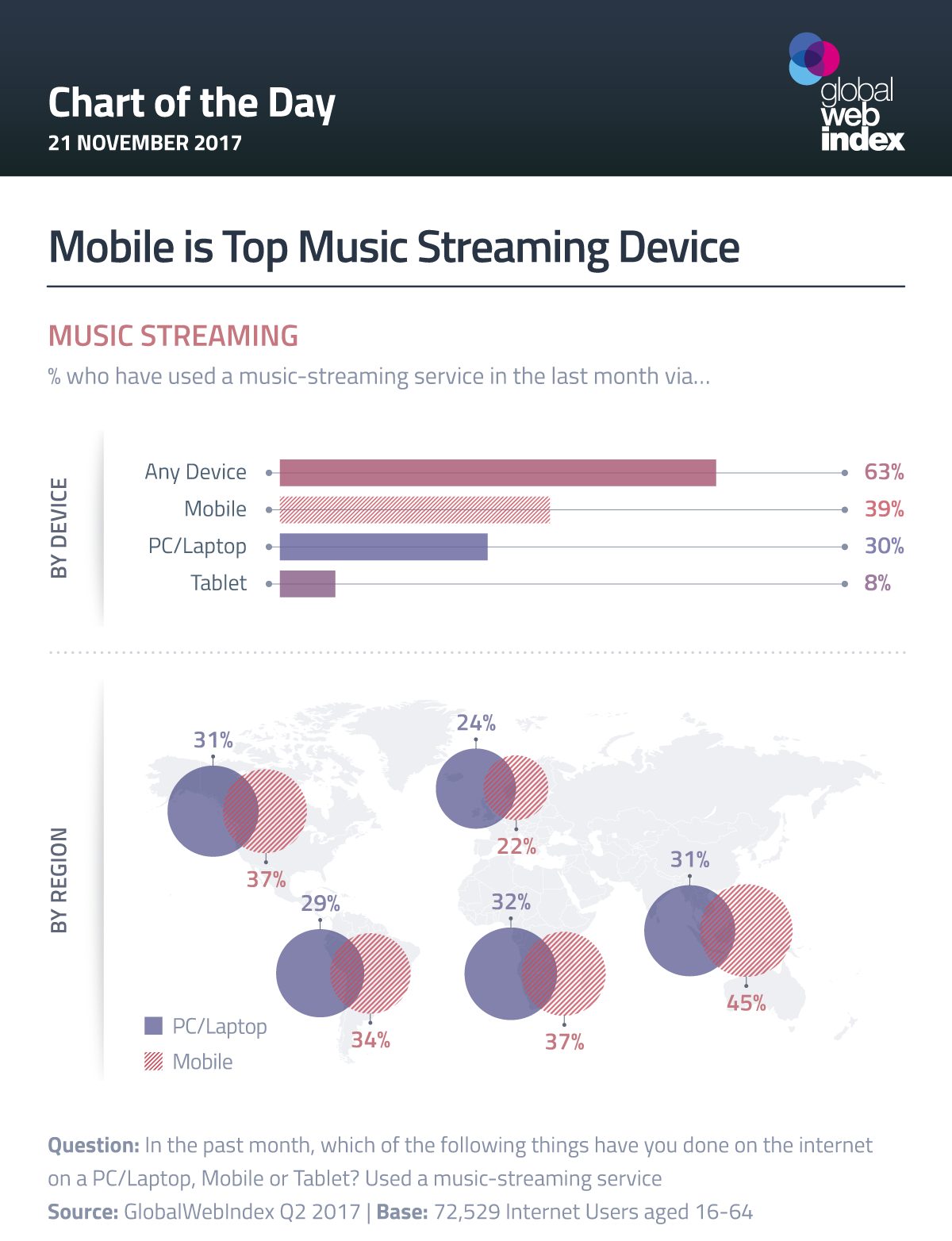