On Data Privacy Day, how concerned are internet users?

The stated aim of today’s Data Privacy Day is to “encourage everyone to make protecting privacy and data a greater priority.”

According to our research, it’s a sentiment that’s likely to resonate loudly with the global internet population. Overall, 56% express concern that the internet is undermining their personal privacy, a figure which has grown from 48% back in Q4 2010.

At a country level, it can also rise significantly higher – peaking at 68% in South Korea and 66% in China.

In a sense, though, perhaps the most revealing insight comes from looking at those who disagree with this statement. That group represents just 19% of all respondents, dropping to as little as 10% in South Korea – a trend which is surely indicative of just how live and important an issue this is for internet users. 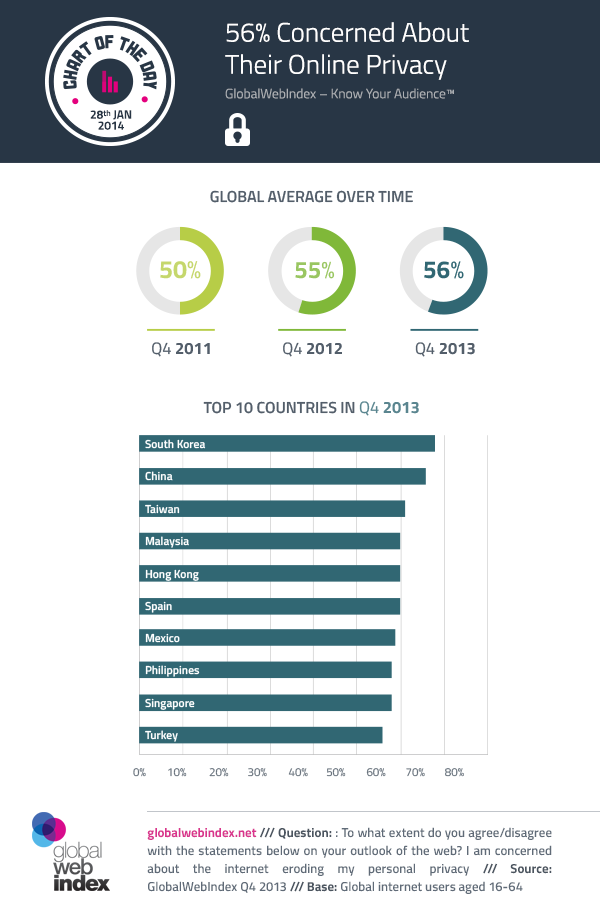