It’s well-known that devices such as PCs, laptops and games consoles are often shared between multiple members of a household. But as our new GWI Device report examines (get a free summary here), the same trend is also clear when we look at tablets.

Over half (55%) of the tablet audience say that at least one other person has use of their device. Some 14% in fact say that 3 or more other people are using their tablet. In some markets, especially in LatAm, rates of tablet sharing can reach even higher – up to 75% among tablet users in Argentina, for example.

Considering that parents are much more likely to report that they share their tablets, it’s clear that these devices are more akin to shared household devices like televisions and games consoles than individual possessions. 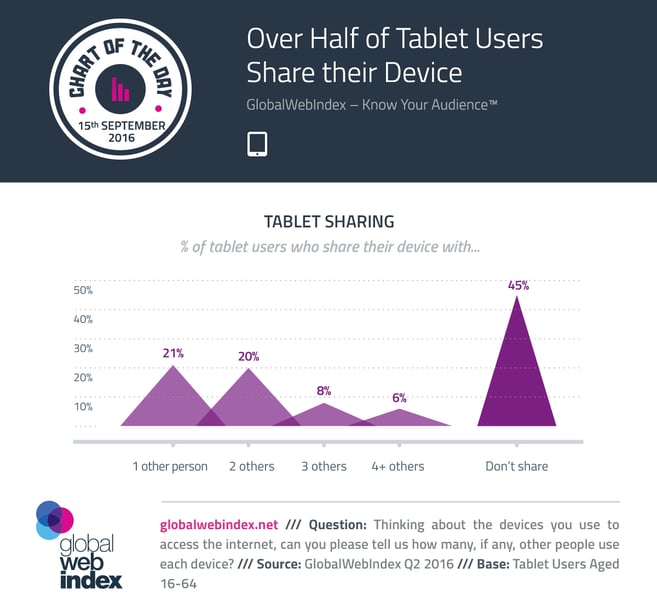