Last week’s CES in Las Vegas was awash with new wearable tech announcements. By some estimates, a sixth of products displayed at the event were wearables. Clearly, then, the industry believes that these devices are here to stay, so today’s Chart looks at which consumer types are buying into this genre.

What’s more, although Tech Lovers (those who say new tech products are very important to them) and Fitness Fanatics (those interested in fitness) are more likely than average to own a smartwatch or smart wristband, it is the Fashion- and Brand- Conscious groups who post some of the highest ownership rates. This is the situation that Apple, with its proven track record of bringing design and fashion to the fore, will hope to capitalize on with the imminent launch of its Apple Watch.

You can see more of our latest figures in this area inside our new Wearable Tech Trend Report. 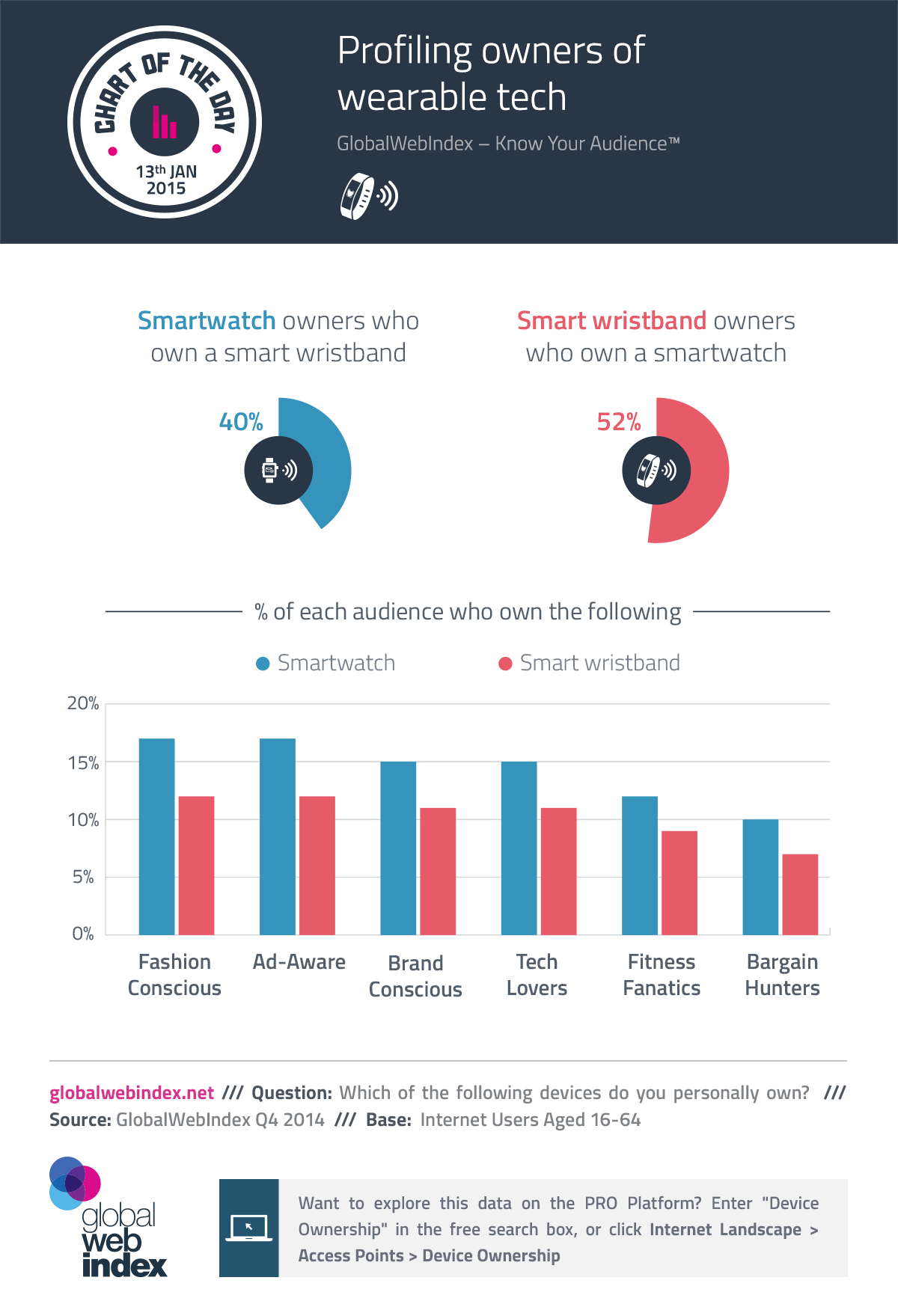