For our midweek post, we draw on findings from our GWI Social and Twitter’s Hidden Users reports to show why visitors, rather than active users, are increasingly important to platforms like YouTube and Twitter.

Facebook is the obvious global leader for both membership and active usage. But there’s a notable change when it comes to visitors: YouTube overtakes Facebook, with more than four fifths of internet users outside of China saying they’ve visited the video-sharing site within the last month (with many of these individuals not signing in or even registering as members). It’s particularly striking that this trend is present in all five of the regions tracked by GWI: YouTube is ahead in all places.

In many ways, Twitter is in a similar position to YouTube – being a platform that many internet users might visit without becoming a member or even considering themselves to be an active user. This is especially true in those instances where Tweets have been embedded within news stories or on other third-party pages. So, while just 22% of adult internet users outside of China think of themselves as active Twitter users, a much higher 36% say they’ve visited the micro-blog in some form during the last month. This includes 5%-10% of non-members in each country.

Clearly, then, both YouTube and Twitter have much bigger audiences than their official membership or active user numbers would reveal. This helps to explain why the user experience for “logged out” visitors is attracting so much focus, and why monetizing these “hidden” audiences is becoming more and more crucial.

To explore this topic in more detail, you can download our GWI Social and Twitter’s Hidden Users reports from our Insight Store. 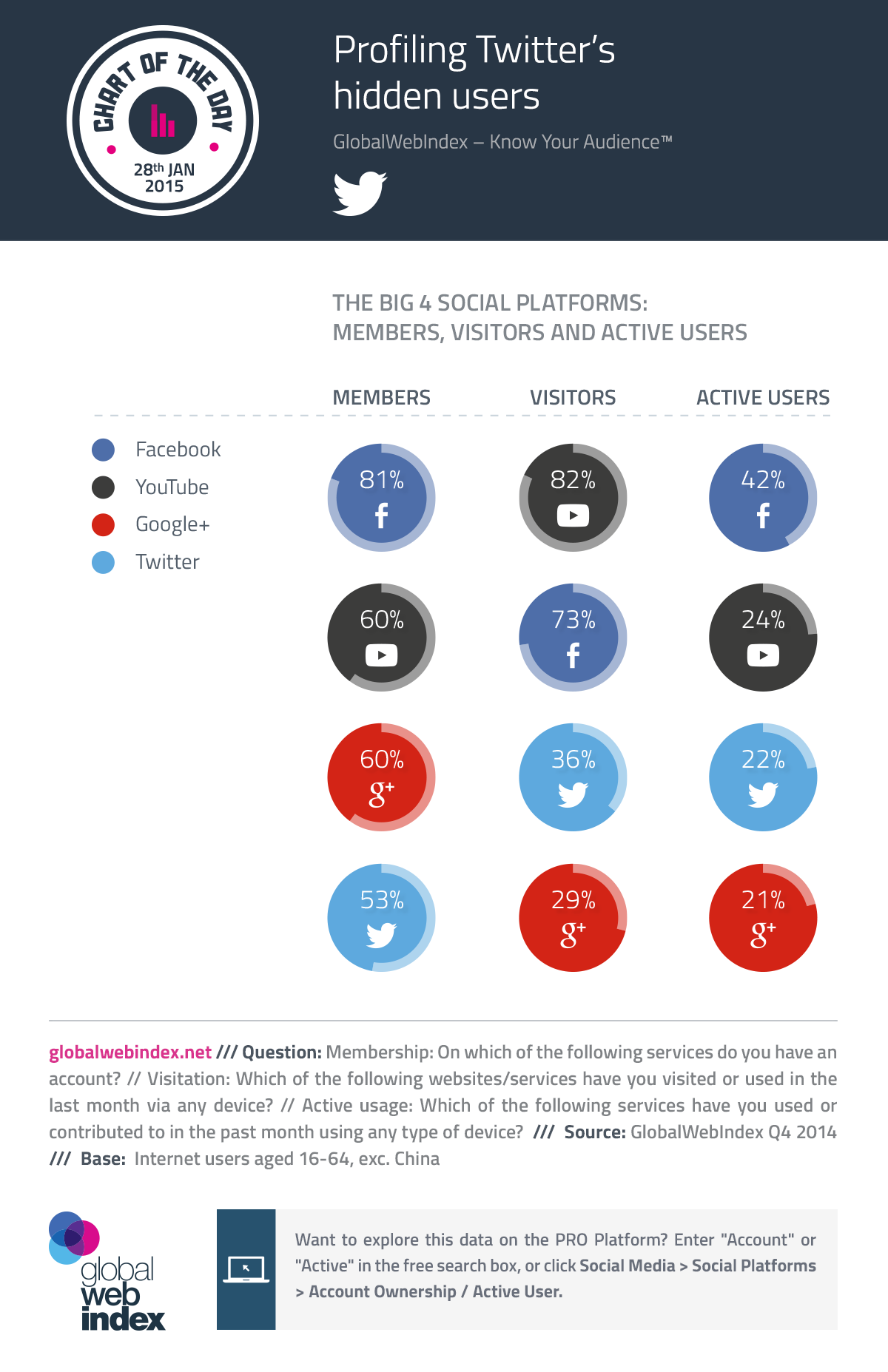