Concluding our series of blog posts to mark Data Privacy Day, here we take a look at Snapchat’s fortunes during late 2013.

At a global level, its user base is still pretty small – 4% are monthly users. But its rate of growth is pretty impressive; between Q3 and Q4 last year, its estimated audience size climbed 56% to near the 40 million mark.

If we look at penetration at a market level, it’s also clear that Snapchat has made much bigger inroads in particular countries. The US and Ireland top the list at 13% of internet users each, followed closely by the UK (12%) and Australia (10%). In other places it’s still got much further to go, dipping to 1% in places like Argentina, South Africa and several European countries. Still, not bad for an app that’s been around for such a relatively short period of time. 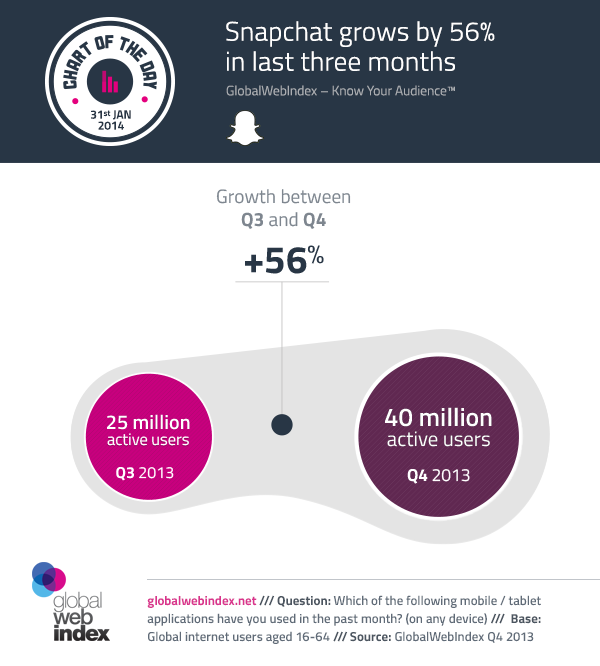