Snapchat usage highest in Ireland and the US

With Snapchat continuing to make headlines – and with Facebook reportedly set to launch new tools offering similar functionality to the messaging service it failed to buy – today we draw on more data from our new GWI Social report to look at the markets in which Snapchat posts it best figures.

As our chart shows, Snapchat has been doing particularly well in Ireland over the last two quarters (where 14% of the mobile internet audience are using it each month). The US follows closely behind, making it Snapchat’s biggest market by far in terms of millions of users.

And with the UK, Australia and Canada rounding off the top five, it’s clear that Snapchat is performing best in mature internet markets from North America and Europe.

Elsewhere, though, it can still be much less of a force – being used by less than 1% in countries like South Africa or Argentina, for example.

You can download a free summary of the GWI Social report here. 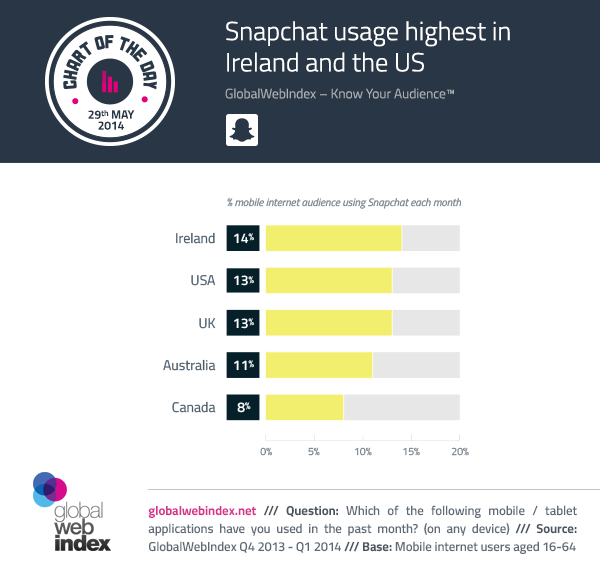