As today’s Chart of the Day shows, the ongoing rise of smartphones and the mobile web are having a real impact on levels of engagement with tablets.

Certainly, tablets have enjoyed healthy growth in recent years; since 2011, the numbers getting online via these devices have more than trebled – jumping from just 10% at the start of the decade to more than 1 in 3 in 2016.

However, from market to market, region to region, a closer look at these figures reveals that the boom days for tablets appear to be over. The speed of the increases slowed dramatically during 2015 and, in the first quarters of 2016, tablets have now started to decline. What’s more, 16-24s now lag behind virtually all other age groups in terms of usage.

Clearly, these devices are struggling to convince many that they are must-have rather than just nice-to-have devices. So, unless tablets can provide a level of functionality sufficiently higher than mobiles to warrant the expense, we can expect this trend to continue. 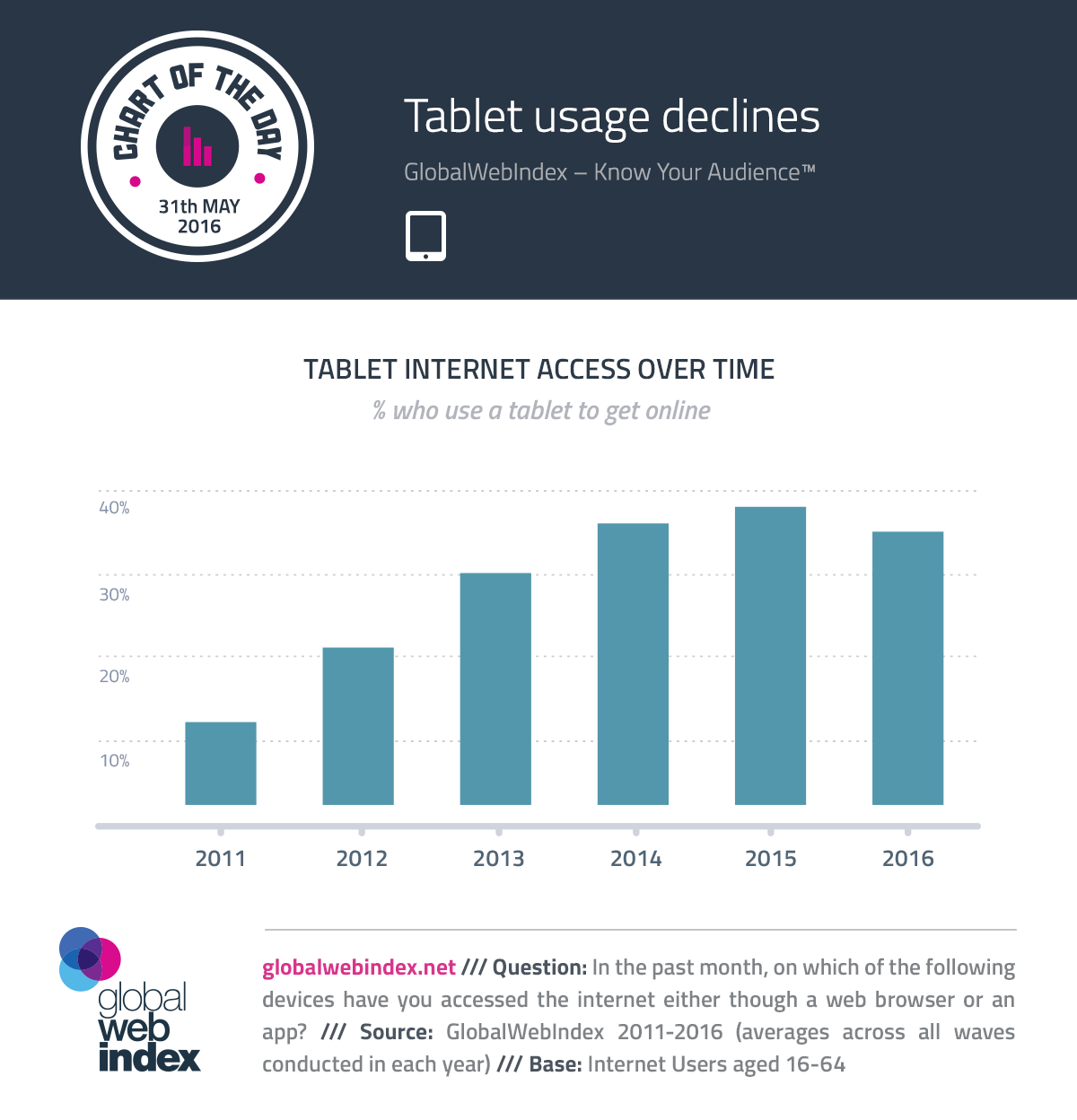