The US has more than 9 IP addresses per internet user

This week sees the launch of The Missing Billion, GWI’s new report which examines how online populations in fast-growth markets are typically being under-represented, and under-estimated, by passive analytics.

One of the biggest contributors to this problem is a serious global mis-match in terms of the number of IP addresses allocated to each country (this is a crucial data signifier, as an IP and its accompanying geo-location is typically used as the basis for identifying a user and their whereabouts).

Very consistently, we in fact find that – in the most developed internet markets – there are far more IP addresses than there are internet users. Often, the excess is massive – in no way can it correlate with actual on-the-ground internet usage in these countries. This trend is most pronounced in the US, where there are more than 9 IP addresses per user. But there are also significant mis-matches in places like Sweden, the Netherlands, Canada, Australia, South Korea and the UK.

Conversely, in almost all of the fast-growth markets, including places like China, India and Indonesia, there are more people using the internet than there are registered IP addresses.

As we explore inside the report, the clear implication here is that millions of internet users are being incorrectly geo-allocated by passive analytics. Whether a result of VPN usage, device sharing or users being automatically re-routed through countries like the US, this trend can cause serious skews in terms of where website traffic appears to originating from – and makes it extremely difficult to understand online audiences through passive data collection alone. 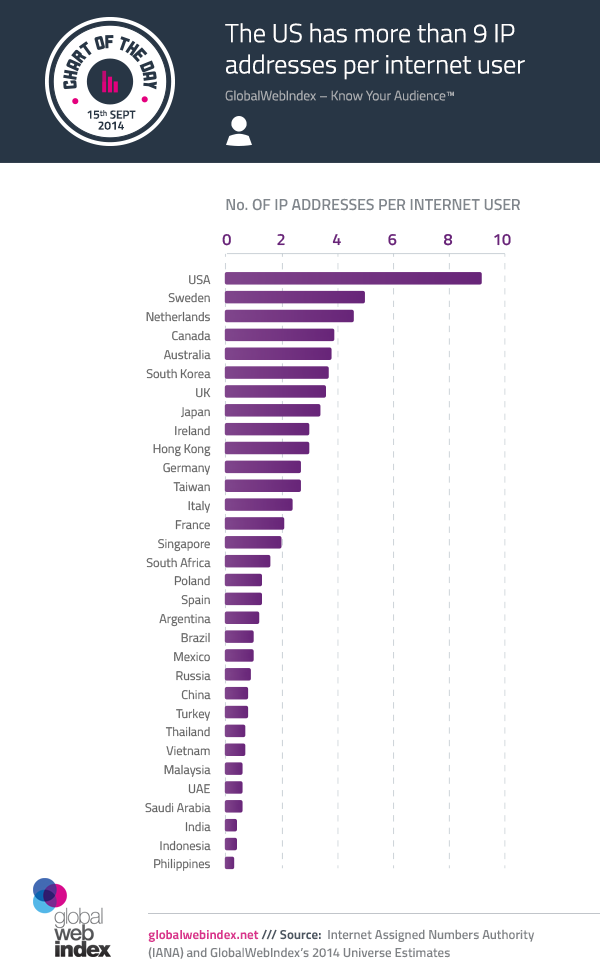