For this week’s final Chart of the Day, we look at time spent on the two biggest media activities: Linear TV and Social Networking/Messaging.

Since 2012, time devoted to linear TV has remained largely stable, albeit with a gentle downward trend present over the last couple of years. In contrast, average time spent on social networking and messaging has remained on a firm upward trajectory – with this activity now capturing almost 25 more minutes per day than it did in 2012.

While linear TV is certainly not being abandoned – and while TV as a whole is still the dominant media activity once online consumption is factored in too – it’s not hard to see how networking will eventually overtake linear TV should current patterns remain unchanged.

Indeed, look at the trend-setting 16-24s and this transition took place some time ago. With each year that passes, social networking/messaging is opening up a stronger and stronger lead over linear TV. In this context, it’s pretty obvious why so many sports and media providers have been keen to strike deals with the leading networks – which are now key to how younger groups consume content. 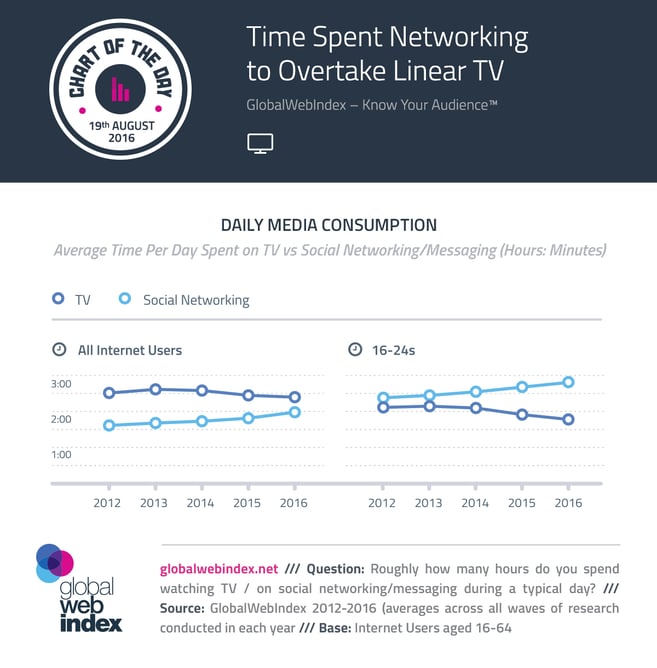