As we explore in our Trends 2017 report, available for free here, we’ll soon be in the position where more than 50% of online adults say that mobiles are their most important connected device. Even over the last year alone, mobiles have seen a 10-point jump on this metric, while laptops and desktops have both experienced small declines.

Although it’s not the most surprising correlation, the link between age and device importance is particularly striking. It’s among 16-24 multi-device users where mobiles have already pushed past the 50% mark, with 25-34s about to cross the same threshold too. Numbers then fall in line with age, dropping off the proverbial cliff among 55-64s to stand at just 14%. Put another way, 16-24s are about 4x as likely to choose a mobile as 55-64s. Conversely, the older you are, the greater the likelihood that you will select a desktop PC as your most important device.

There’s a similar story by region. In Europe and North America, mobiles struggle to get past the 25% mark. In contrast, it’s over 50% of multi-device users in Asia Pacific and the Middle East/Africa who will select a mobile as their top device.

Despite being something of a generalization, it’s broadly true to say that other age groups and regions eventually tend to follow where 16-24s and emerging markets have led for mobile. So if it’s these trend-setting audiences which already see mobiles as their most integral devices, we can expect to see the same attitudes gaining strength elsewhere. 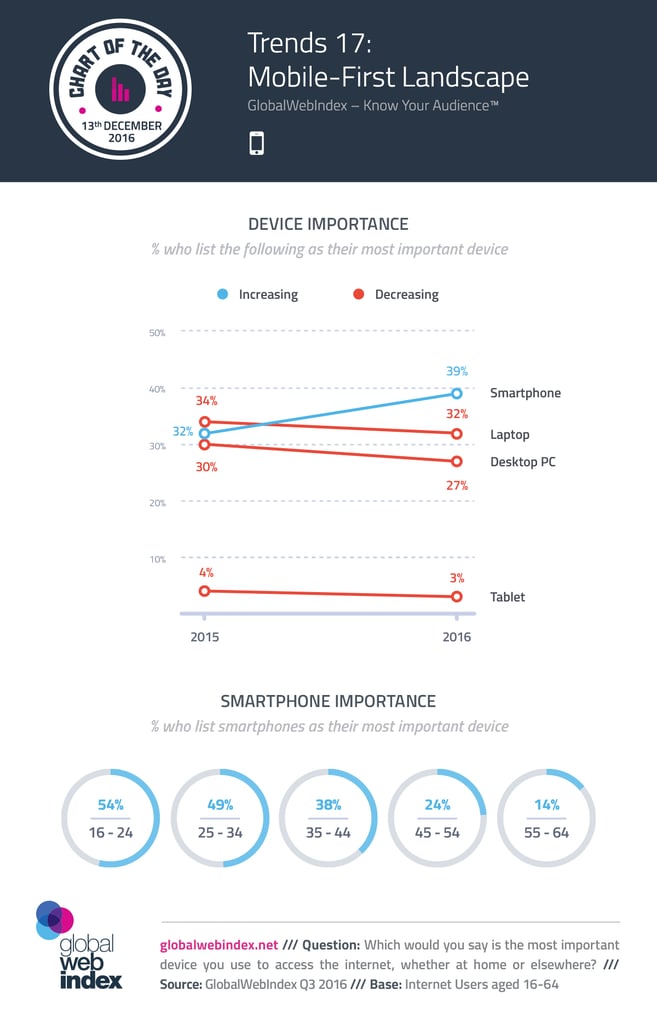