Following the news that Twitter has been banned in Turkey – with the country’s Prime Minister vowing to “wipe out” the micro-blogging service – how many of the country’s internet users are accessing the site via VPNs (virtual private networks) or Proxy Servers?

Overall, 29% of Turkey’s online population say that they have used these tools – a figure which translates to some 5.77 million people. Among this group, the most popular reason is to access better entertainment content. Significantly, though, 50% of Turkish VPN users are doing so in order to access restricted networks. And this rises to 60% if we look just at active Twitter users.

Clearly, then, trying to prevent access to social networks is becoming increasingly difficult for authorities, with informed and savvy internet users ready to use all the tools at their disposal in order to bypass bans and restrictions. 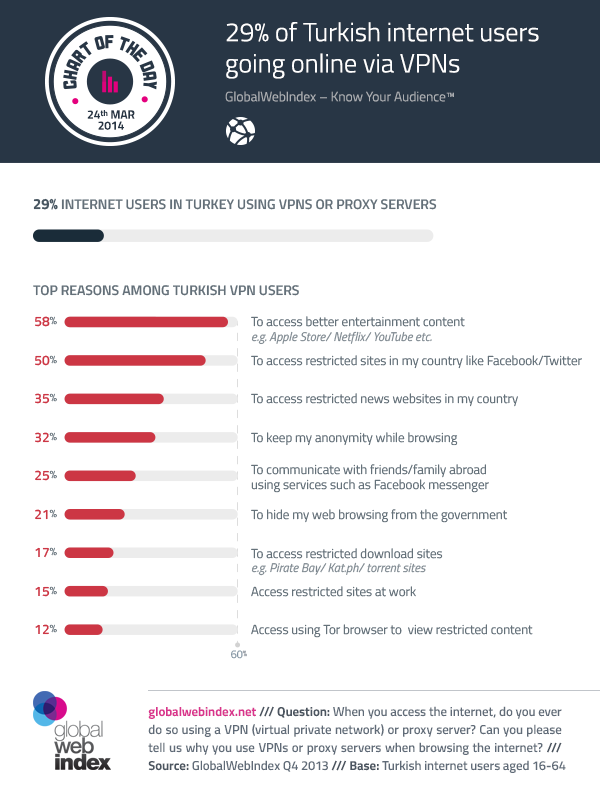