Android might present a number of challenges in terms of app development, but today’s post and chart – which draws on data from our new Gamers report, a summary of which can be downloaded here – shows that it’s by far the most popular OS among the gaming audience.

Overall, more than half of console gamers, as well as 64% of mobile gamers, are using Android.

Nevertheless, GWI’s research also shows that iPhone usage is higher than average among gamers of all types, with 25% of Next Gen gamers (those who play Xbox One, PS4 and Wii U) using Apple’s OS. 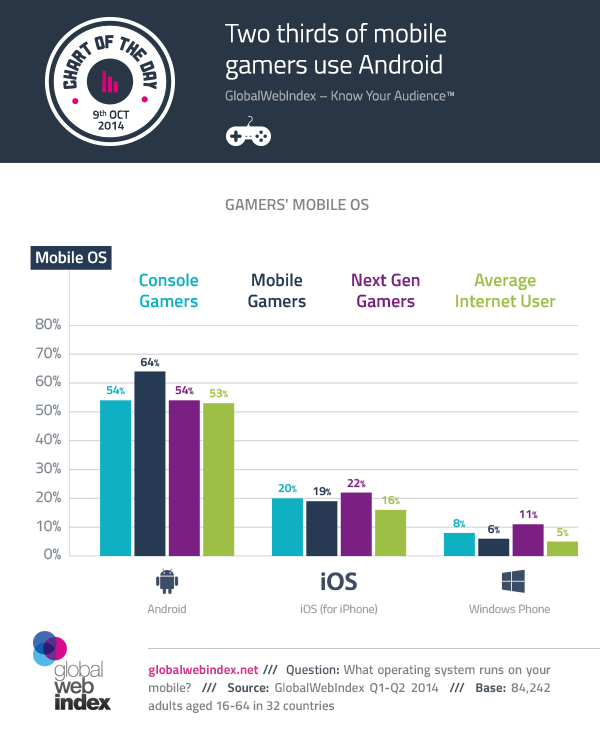