This weekend sees the much-hyped fight between boxer Floyd Mayweather and MMA fighter Conor McGregor, and to mark the event, we have produced a free infographic which compares the fan groups of boxing and UFC. In addition, today’s Chart of the Day looks at the engagement UFC Fans have with Reebok, the sport’s main sponsor.

It’s understandable that this sports-enthused audience are more likely than average to be buying all the brands tracked in our chart but with 1 in 5 UFC Fans having bought Reebok products in the last 1-2 years, this brand sees the largest over-index here. That Reebok mandate all fighters in the UFC to wear Reebok gear as part of their sponsorship deal is likely having an impact here, and that 20% of UFC fans discover brands through endorsements from well-known individuals shows the potential for expanding these figures via the influence of top UFC fighters.

Ultimately, it is unlikely that Reebok can seriously affect the duopoly of Nike and Adidas (Reebok’s parent company) in the world of sports gear, but it’s striking that Reebok still only takes 4th place behind rival Puma (22%), which has a similar over-index, despite the lack of official endorsements. 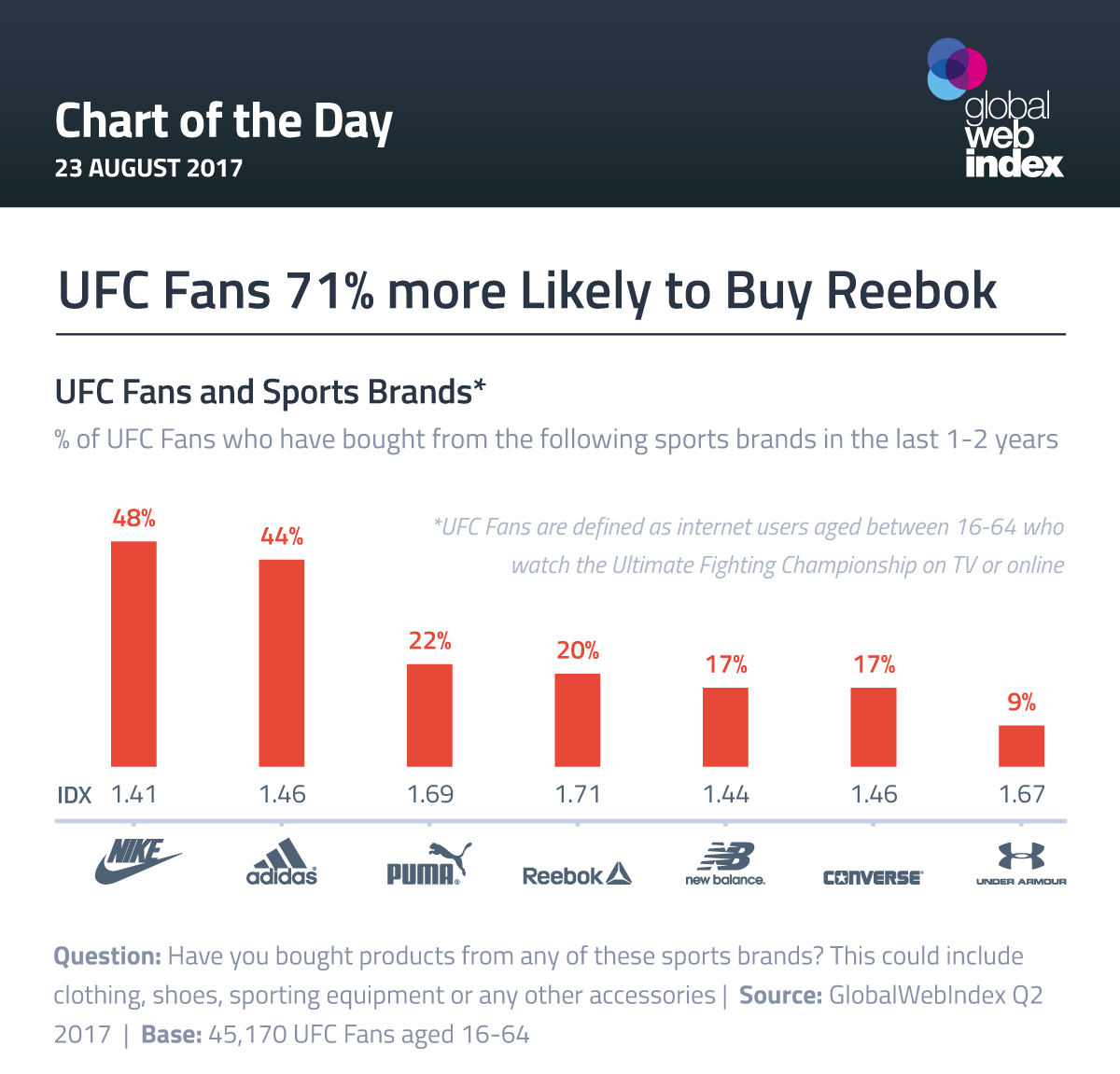