US Snapchatters 2x Ahead for Watching TVOD on Mobile

Last week, Snap. Inc announced that it will broadcast exclusive content from the BBC’s popular Planet Earth II nature documentary in the US. So, today’s Chart looks at online TV viewing behaviors among US Snapchatters to see how strongly this offer might resonate.

Snapchatters are almost 2x as likely as the average to be watching TV on-demand on their mobile (1 in 3 did so last month). Interestingly, it’s 25-44s on Snapchat who are most likely to be doing this, and this could be pretty crucial for both parties – not only will the BBC benefit from Snapchat’s young and desirable demographic, but this could also allow Snapchat to expand its user base among older consumers, a trend which is already under way.

Demonstrating that Snap. Inc can mount a challenge against Facebook and Twitter in the social TV space with high-quality content will no doubt help the service to appeal to investors further as it gears up for its highly-anticipated IPO. 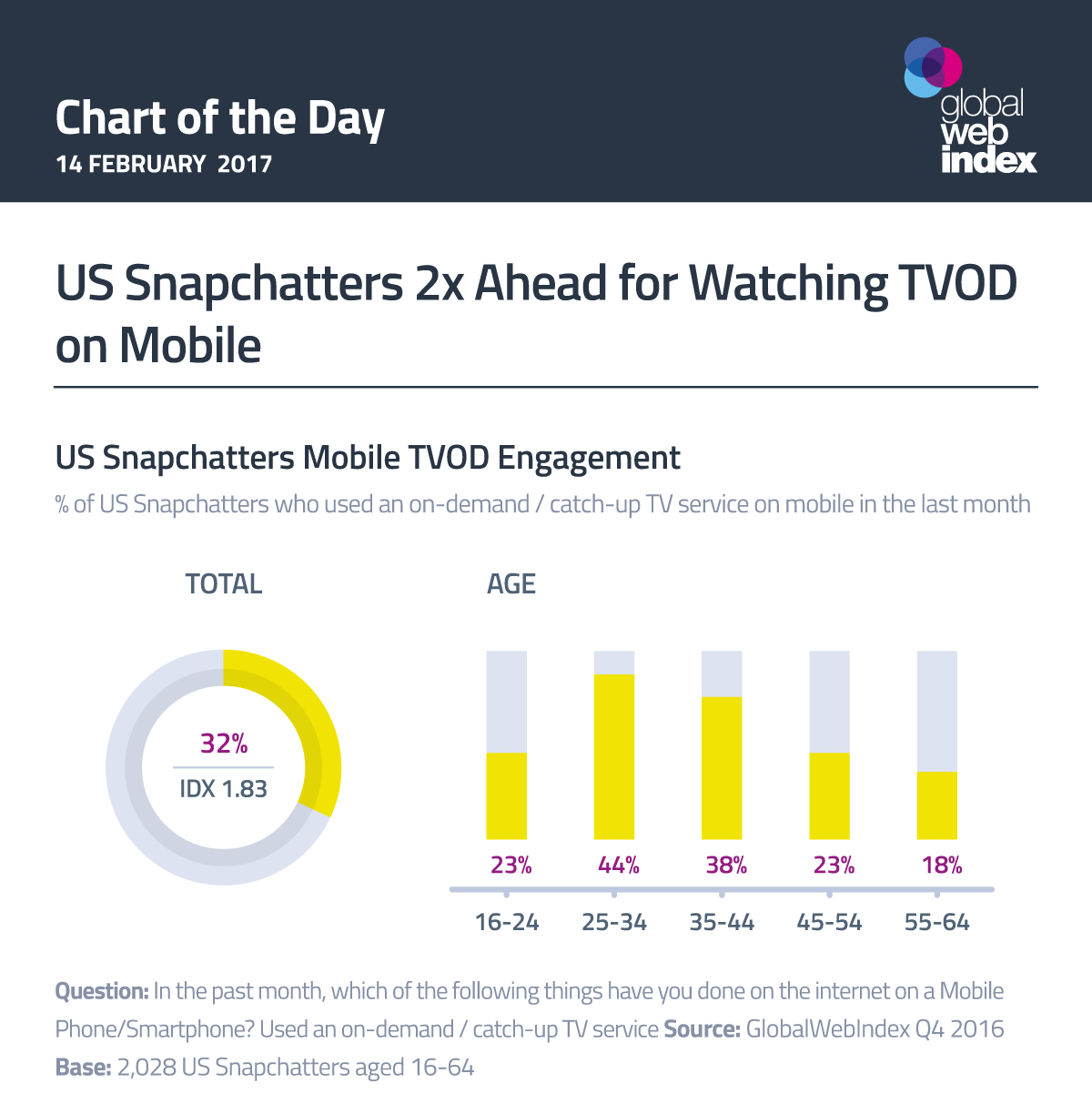