Video Uploads: Why Vine and Instagram Have Strong Ground to Gain

Today Facebook will debut a new feature for photo sharing app Instagram which will allow users to create short, 5 to 10 second, videos and share them as they would their photos. This is the first major change to Instagram’s core service since Facebook acquired Instagram for an estimated $1 billion (£638 million), and the Daily Telegraph’s Jennifer O’Mahony reports the new feature will encourage users to see Instagram as an active social network rather than a passive photo uploading tool.

Is video uploading on social the trend du jour, or here to stay? There is strong evidence that video uploading will only continue to grow as the proportion of internet users watching video clips online was 73% as of Q1 2013 which is equal to just over 1 billion users. This makes video watching the most done activity online so there is little doubt that the trend in uploading videos will continue because of the vast audience.

We also touched on usage of specific apps on in GWI’s Stream Device Report – Q1 2013 which studied the connected-device behavior of Internet users aged 16-64 in 31 global markets. GlobalWebIndex data shows location and social still dominate on smartphones and tablets. 54% of users reported using Google Maps within the past month in Q1 2013. Facebook came in second at 38%, while YouTube, WeChat and Google+ all vied for third place. 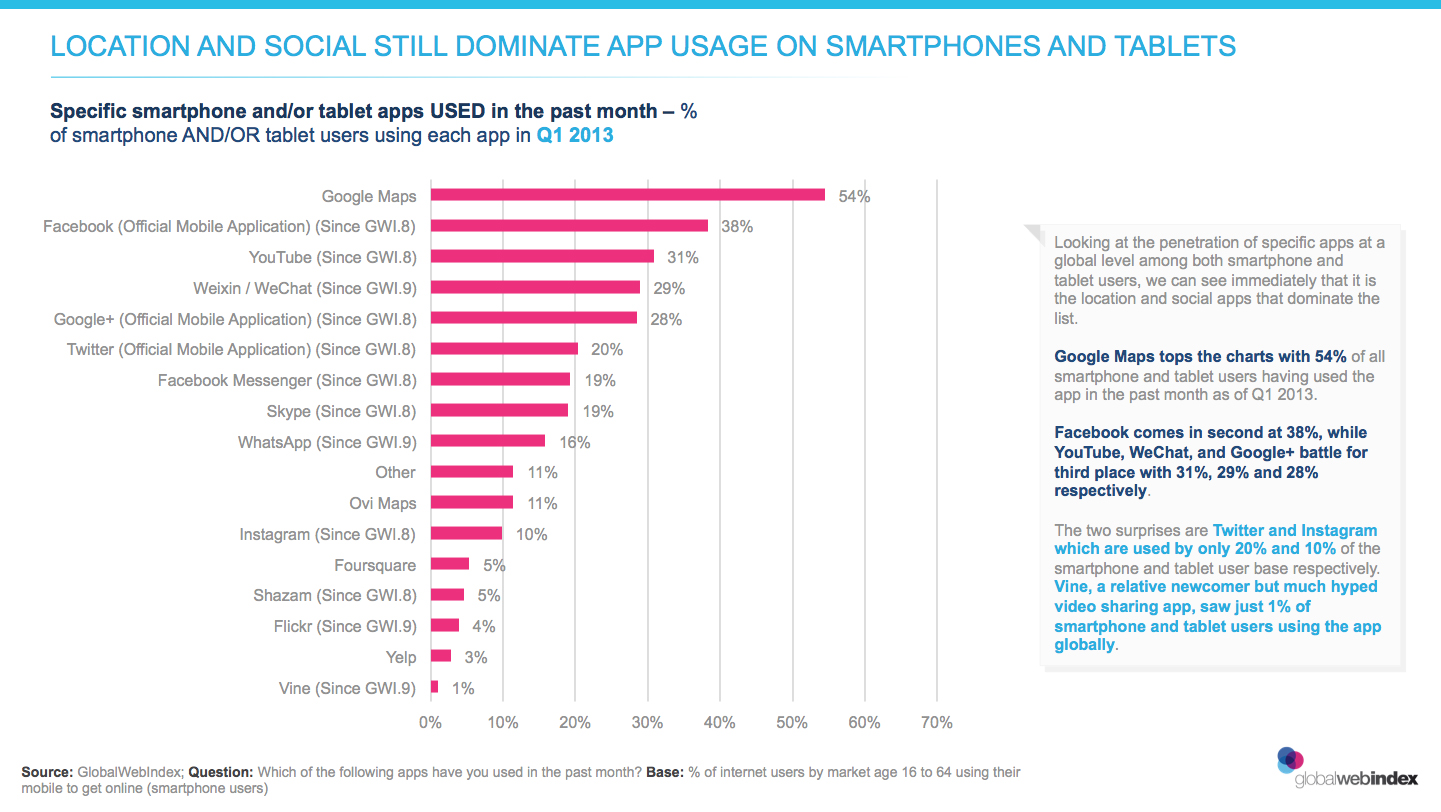 But these Q1 results support GWI data from Q2 2012 that revealed YouTube (33%) and Facebook (23%) saw the highest levels of video uploading on social. This is not to say that video uploads on Instagram and Twitter (Vine) don’t have their place, but with well over one billion Facebook users and more than 100 hours of video uploaded to YouTube per minute, there’s significant ground for Vine and Instagram to gain.

The only question that remains is how does this trend to short form video sharing apply to brands and marketers? We believe that the main opportunity for brands is to use Instagram and Vine as unique, cost-effective tools for content creation in the video marketing space.