Last week, Amazon announced that it had won the bidding battle for the BBC’s former Top Gear presenters, with the trio set to host a new show on its Amazon Prime Video service.

After Netflix won huge audiences by producing original series such as House of Cards and Orange Is The New Black, Amazon will be hoping that the arrival of a Top Gear-esque show on Prime Video will deliver a much-needed boost to its service.

Currently, Netflix’s global audience is twice that of Amazon Prime Instant Video, with the gap being even bigger in key markets such as the UK and the US. In fact, of the 34 markets surveyed by GlobalWebIndex, it’s only in e-commerce obsessed Germany where Amazon Prime manages to topple Netflix – a result of so many people using Amazon in that country and gaining access to it as part of their wider Prime membership.

With Top Gear having been one of the BBC’s most successful global exports – and with Prime users also gaining access to Amazon’s new music streaming services and various other perks – it’s inevitable that Prime subscriber numbers will grow in the months ahead. 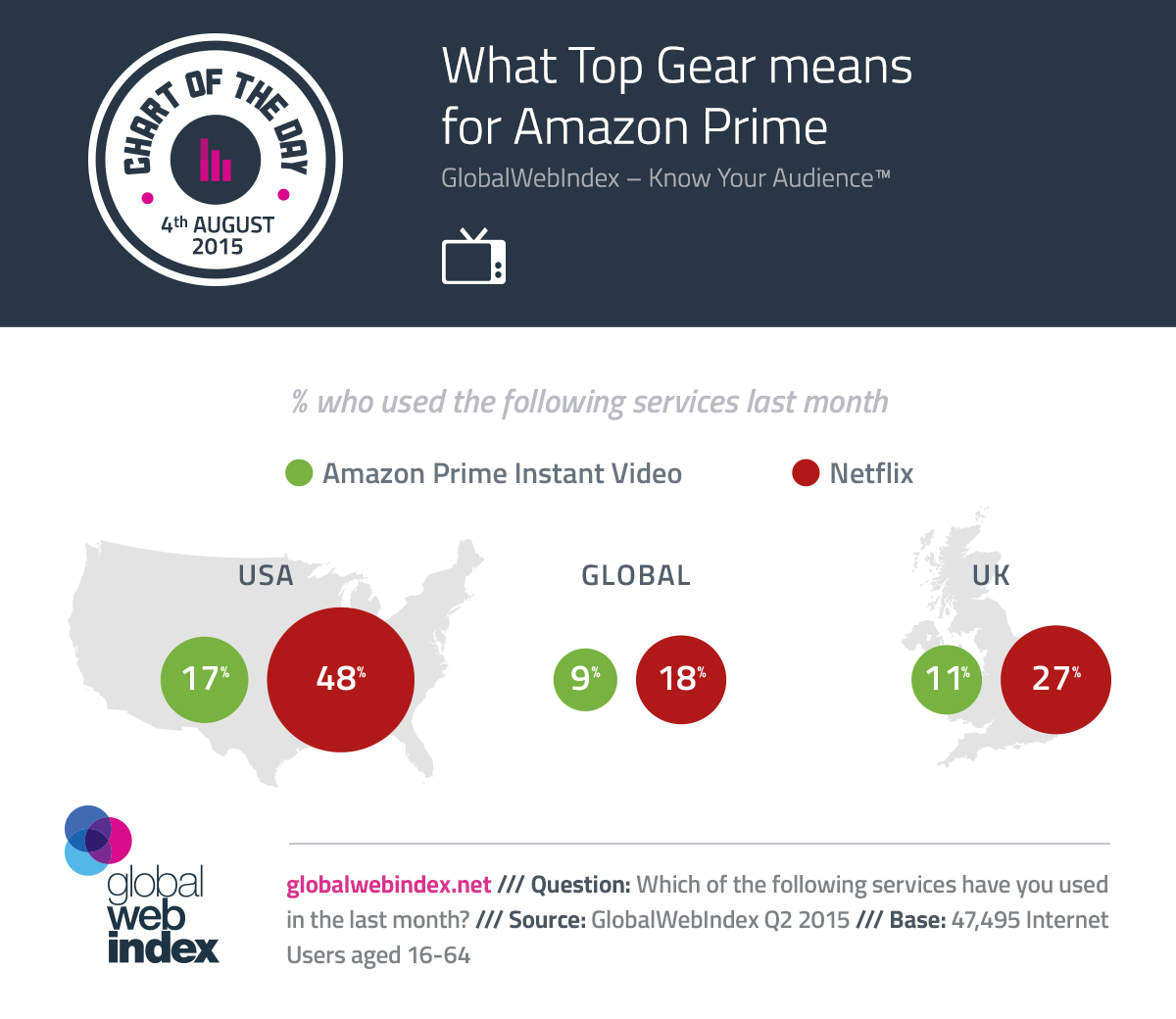