Snapchat’s primary function may be as a photo-sharing app but, as today’s Chart of the Day shows, WhatsAppers are actually more likely to be engaging in this activity.

With Snapchat continuing to broaden its features to compete with the likes of Facebook, Instagram and Twitter, the platform is beginning to resemble a fully-fledged social network rather than just a messaging platform – adding live feeds and content as well as pushing video functionality.

As a result, Snapchatters can now do so much more than just share photos. In contrast, WhatsApp’s one-to-one or group messaging functionality mean that chatting and photo sharing remain at its very core. 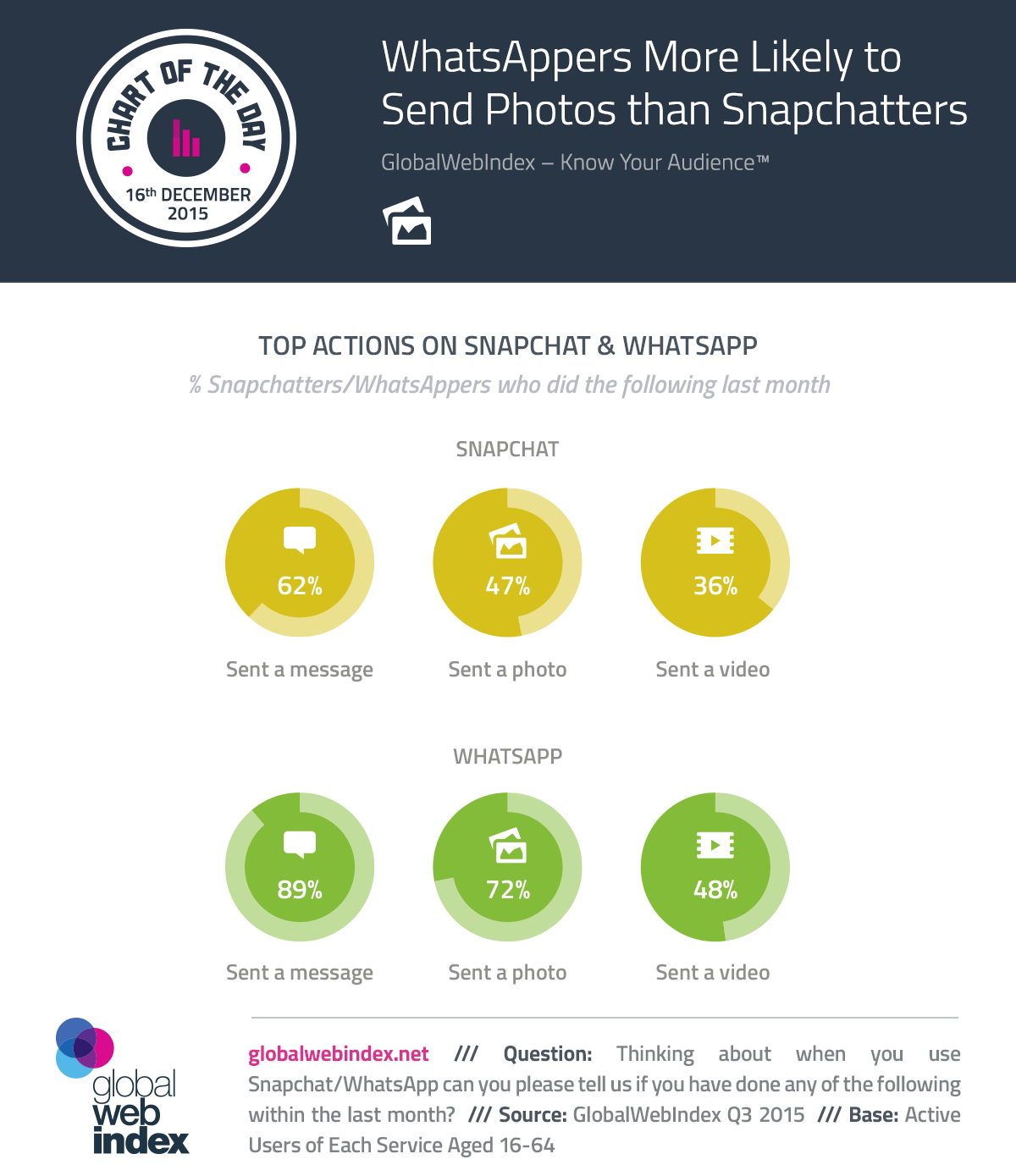