Why 3V will work for Snapchat

Snapchat has made little effort to disguise its desire to monetize rapidly. And with such a young audience (almost 85% of Snapchatters are 16-34), the platform has an obvious appeal for advertisers who are hoping to target this key demographic.

Snapchat’s latest emphasis on ‘3V’ (vertical video views) is a clear attempt to mark itself out from its competitors, and one which is very much in line with the behaviors of its users: last month, a third of Snapchatters watched a branded video online (making them 70% more likely than the average internet user to be doing this).

What’s more, this is a very Snapchat-specific trend. When we look at all internet users aged 16-34, there’s no over-index at all for watching branded videos. Not only has Snapchat managed to capture a young audience, then, it’s also recruited users who are more likely than their peers to be watching branded videos. All that makes it pretty clear why the prospects for ‘3V’ are so strong.

To find out more about Snapchat, download our new Profile Report or check out our blog post ‘3 Things Planners Need to Know About Teens and Snapchat’. 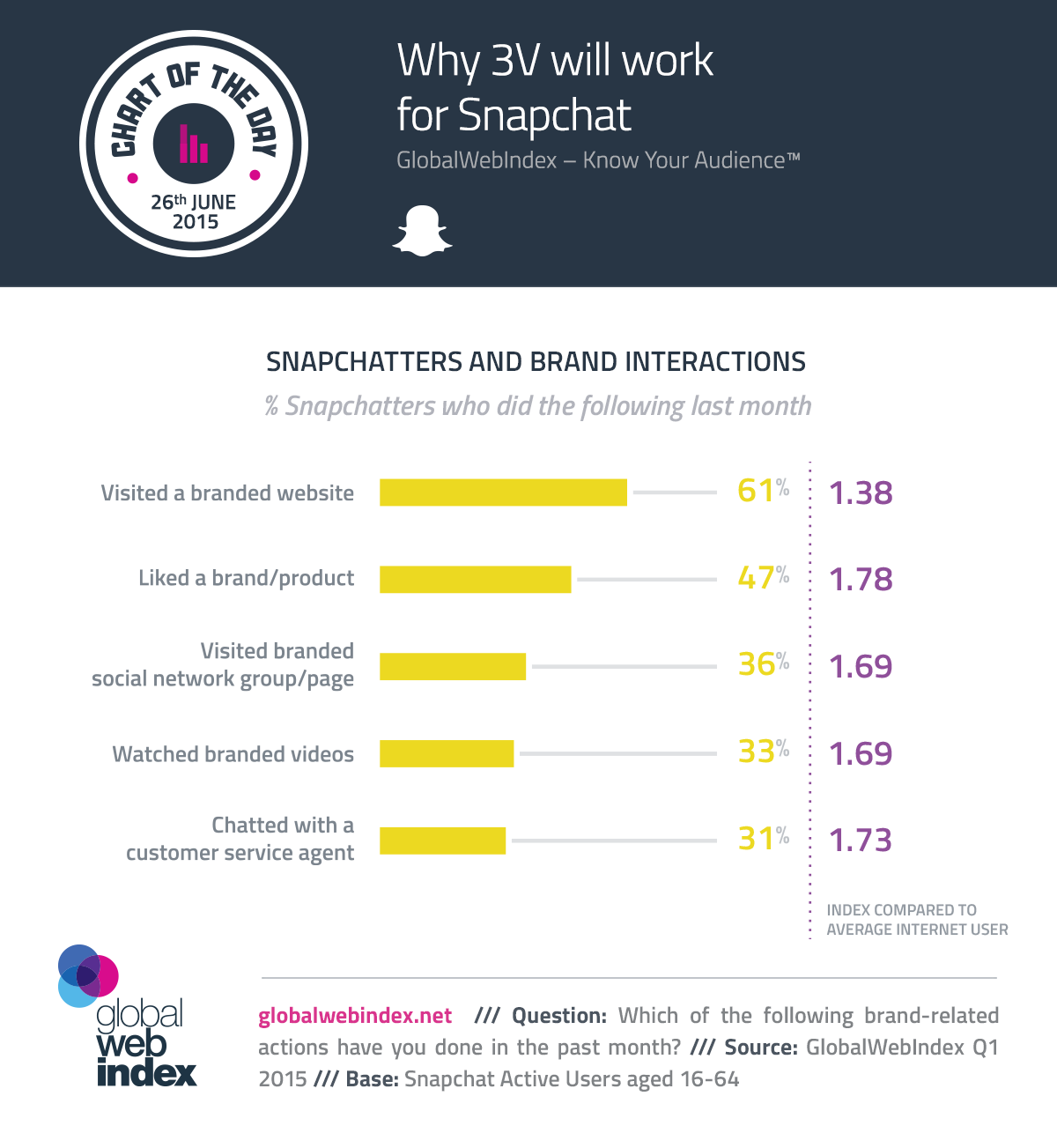