Why Amazon’s new Tablet is so cheap

After slashing the price of it’s Fire Phone in an attempt to boost sales, Amazon has taken another gamble on a cut-price device. The new 7” Amazon Fire tablet will retail for only $50, putting a clear distance between Amazon’s product and the more pricey offerings from Apple.

Marketing such an affordable device is potentially a shrewd move from Amazon. Tablet adoption has been slowing considerably over the past two years and certain groups have been particularly reticent about purchasing tablet devices. As Thursday’s Chart of the Day shows, while over half of 25-44s now have a tablet, 16-24s lag behind. Cost is clearly impacting this price-sensitive age group.

This is also borne out when we look at tablet adoption among the various income groups. Notably, the most affluent internet users have a more than 20-percentage point lead for tablet ownership. By offering a low-price device from a trusted brand, Amazon may have discovered the key to re-starting tablet growth.

For more on usage of tablets and other devices, download the free summary or full client version of our new GWI Device report. 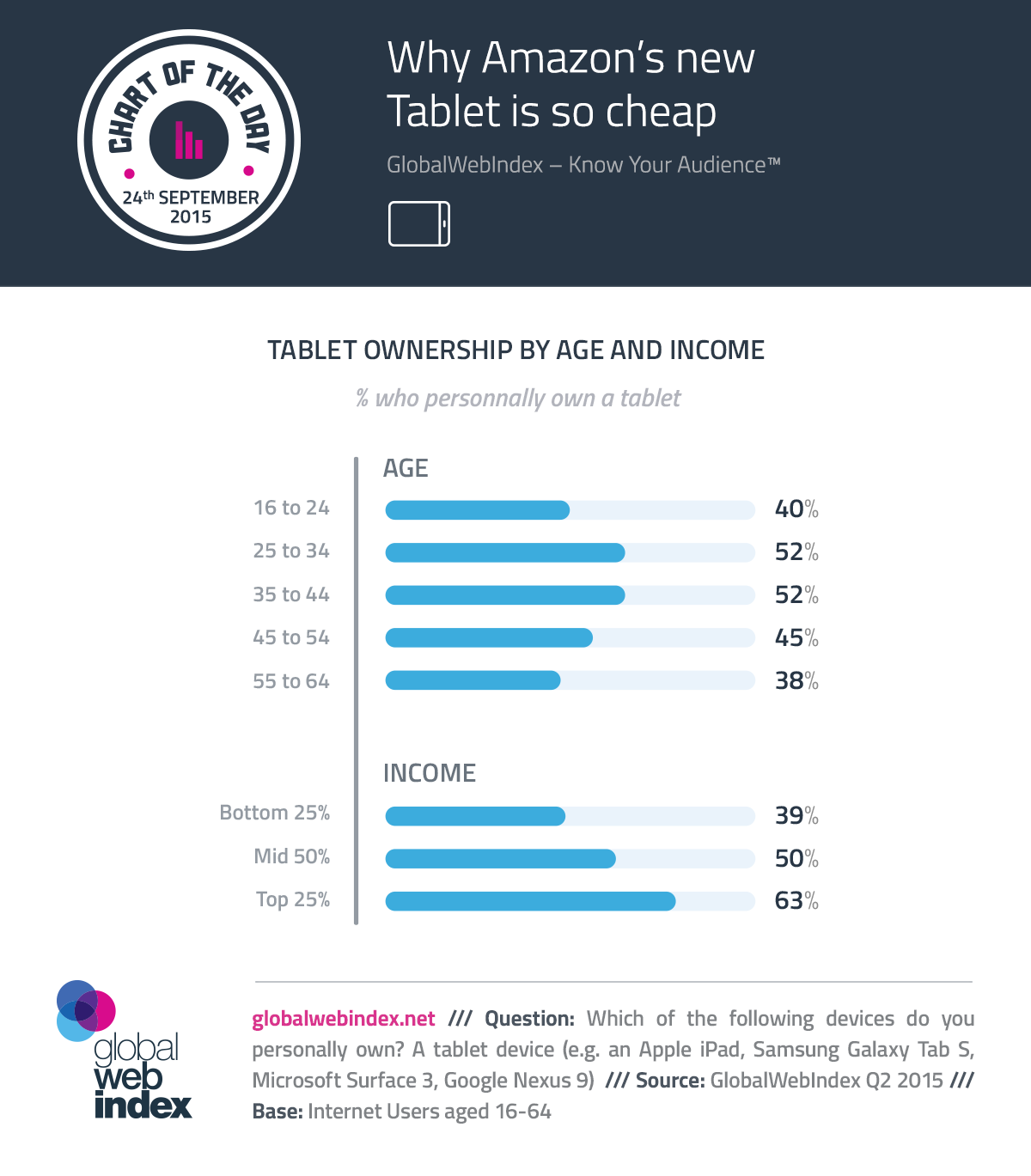