Why Kik and WeChat are Perfect Partners

Last week, Tencent announced that it had purchased a stake in Kik Messenger, suggesting that many of the functions on Tencent-owned WeChat could soon be coming to Kik.

On both sides, it’s a move which makes a lot of sense. For Kik, it can draw on Tencent’s experience of introducing features which appeal to a young user base (42% of Kik users are aged 16-64, rising to 56% in the key market of America). M-commerce will be central to this; Kik users are just as likely as WeChatters to be buying products via a mobile and actually have a lead when it comes to mobile-based product research.

For WeChat, the partnership could bring a boost to brand awareness outside of APAC. In the US, for example, 10% of 16-24s are using Kik, whereas WeChat has no real market share. With Facebook and Snapchat out of the question in terms of potential partners, Kik was by far the most logical one for Tencent to court.

All that said, Kik’s big challenge will be convincing users in mature markets such as the US that buying a product via a chat app is safe, convenient and worthwhile. It’s certainly encouraging that Kik users are more engaged with m-commerce than users of many other apps, but Kik needs to succeed in an increasingly competitive space where even the biggest players like Facebook and Twitter have been struggling to demonstrate the merits of “buy” buttons to their users. As potential partners go, though, Tencent is one of the best for them to have on-side. 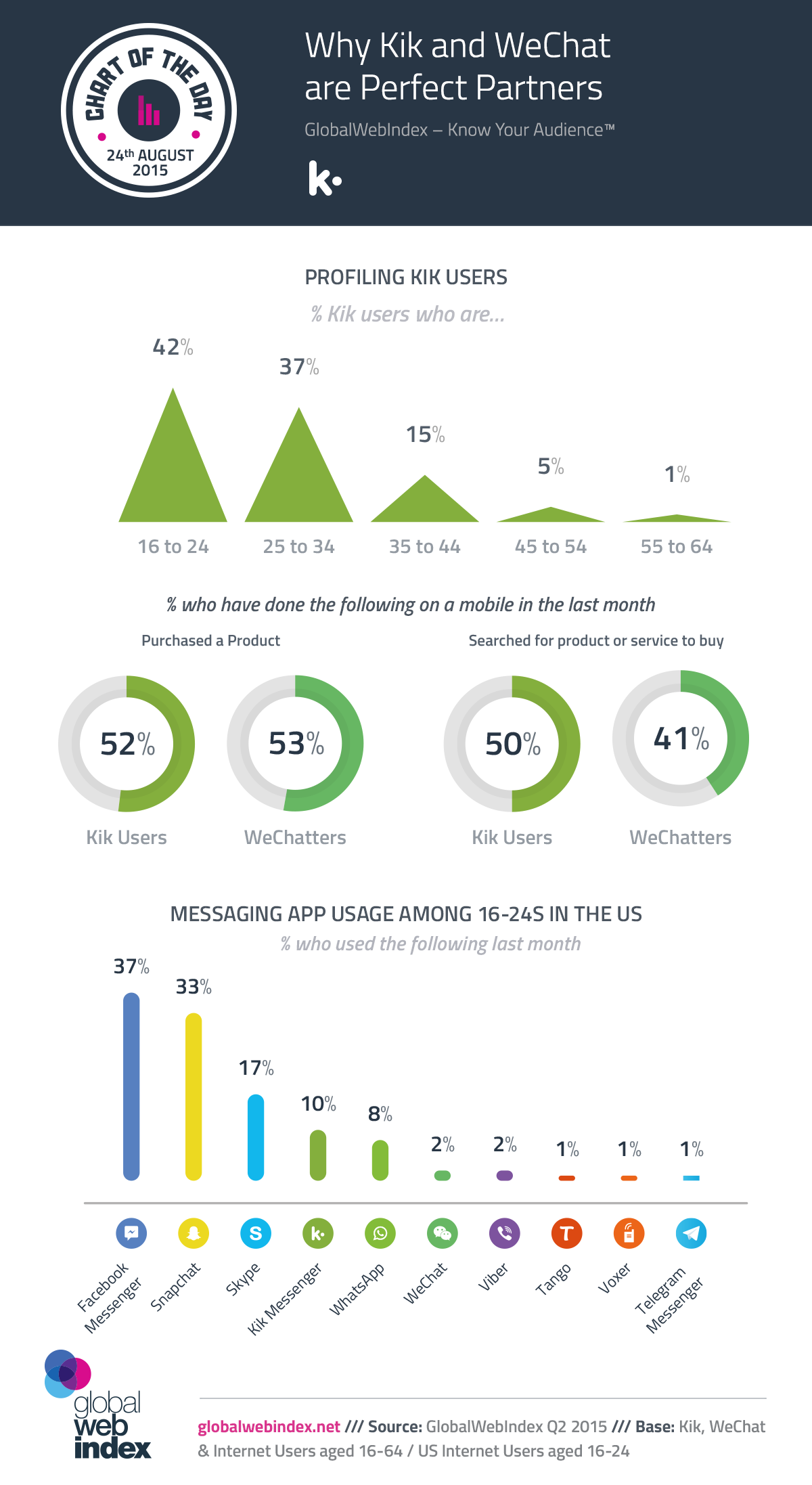